After conducting a nationwide poll over the weekend — where more than 10,000 respondents took part — there is no doubt that American gun owners do not trust the agency that is empowered to enforce firearms law.

The overwhelming results show that 98.1 percent of gun owners who responded to the unscientific survey believe that the Bureau of Alcohol, Tobacco, Firearms and Explosives (ATF) is illegally compiling a registration list. 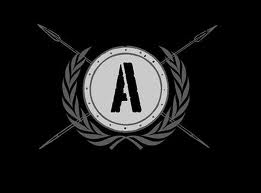 Gun Owners of America will be sharing these results with the Congress, and this comes at a very appropriate time — as the House of Representatives will soon be turning its attention both to ATF’s funding and to limits on its activities.

There are many anecdotal examples that would indicate that ATF is trying to compile a registry of gun owners, and GOA has previously reported on these here and here.

The recent ATF raid on Ares Armor has only heightened that distrust of the agency, as agents confiscated the company’s customer list.

People can listen to the interview that GOA’s Larry Pratt conducted with the owner of Ares Armor here.

GOA received some comment mail over the weekend in regard to how one could buy a lower receiver and legally turn it into a functioning firearm which has no serial number.

We would like to address this issue again, because some contested the lack of detail that we provided in our previous alert.  (Sadly, this can be a problem when trying to shorthand a technical issue in a political alert — where explaining technical milling operations is not the main focus of the alert.)

So to review, a person can legally purchase what is commonly known as an 80% lower receiver of an AR-15 which has no serial number, and after completing the machine work, can enjoy it for personal use.(1) This lower receiver — if it does not have the required holes drilled and cavities milled in specific locations — is NOT considered a “firearm” by the ATF.

To make it a functioning firearm, one must first drill several holes, mill out the frame where the trigger group fits and in some cases mill out the magwell.  Once they finish doing this, they have what ATF considers a firearm. Although to make it a functioning firearm, a person will need to buy all the parts to finish the lower receiver and add an upper receiver to complete the gun.

By the way, it is the milling and drilling operation that several of you felt we should have discussed.  We didn’t discuss it in the alert because this information was provided in some detail in the interview that GOA Executive Director Larry Pratt conducted with Ares Armor owner, Dimitri Karras.

In that radio program, Karras lays out why the lower receivers that he sells are NOT firearms according to ATF’s own interpretations of the law, and how gun owners can complete the process themselves to manufacture a firearm that does not have a serial number.

Although one point on that: One of GOA’s Board of Directors, who is a licensed firearms dealer, reiterates that it is COMPLETELY LEGAL to manufacture your own firearm without a serial number.  However, he advises that considering the legal issues that gun owners could encounter, it might be advisable for a gun owner who manufactures his own gun to make up his own serial number and put it on the firearm.  Again, this is not legally required, but simply a preventative measure that could prevent many legal headaches in later having to defend yourself against officials who don’t understand the law.

And speaking of that, you should be sure to research this subject for yourself and be confident in what you are doing before embarking on such an operation.  One can read the ATF’s own statements, where they admit it is legal to manufacture a firearm (as long as one doesn’t sell or transfer it).  And you should consult appropriate videos or other materials that you trust, as a guide for performing the appropriate milling operations.

(1) Federal law does not contain any provision which prohibits a person from manufacturing his own firearm for his own personal use.  Chapter 44 of Title 18 in federal law is the main firearms law, which regulates the sale, transfer, importation and assembly of firearms.  Given that there is NO penalty or prohibition on a person making his own firearm for his own personal use, even the ATF has concluded that this is legal.  The ATF says:  “For your information, per provisions of the Gun Control Act (GCA) of 1968, 18 U.S.C. Chapter 44, an unlicensed individual may make a ‘firearm’ as defined in the GCA for his own personal use, but not for sale or distribution.”  (While GOA believes that ATF is interpreting 18 U.S.C. 922(a) too narrowly, the point is that even they concede that manufacture for personal use is, in most cases, unregulated.)