Take the GOA poll and send a message to Congress

By now, you may have heard about the raid on Ares Armor by the Bureau of Alcohol, Tobacco, Firearms and Explosives (ATF).

Ares Armor is a gun parts store that carries what are commonly known as 80% lowers. These are hunks of metal or polymer that have been partially formed into an AR-15 lower.  The lower is the only part of an AR-15 styled gun that is considered a firearm and since it is only 80% complete it is therefore not classified as a firearm at all. Until the holes are drilled and the cavities are milled out, they are nothing more than paperweights.

Following the March 15 raid by the ATF, GOA’s Larry Pratt interviewed the Ares Armor owner for the upcoming GOA News Hour weekly radio program. According to owner Dimitri Karras, an ATF official told him that if he would turn over his customer list, the raid could be avoided. 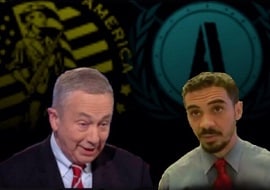 Nevertheless, Karras got a temporary restraining order (TRO) against the ATF.  But the agency got the TRO overturned by lying to the judge about Karras’ product — which, again, is not classified as a firearm.

During the raid, the ATF stole much of his inventory of the 80% lower receivers and his customer list.  That latter item — the Ares Armor customer list — appears to be what the ATF especially wanted.

Click here to take the Poll Question: “Do you think the ATF is illegally compiling a gun owner registry?”

Since the 80% lowers are not firearms, the ATF should, technically, have no authority in the matter at all.

Even the ATF’s own rule making does not consider the 80% lower receivers to be firearms, so they should have no authority to regulate or confiscate them.

The 80% lowers have no serial numbers and they are not registered with the ATF by means of a background check and do not have to be.  (Remember, customers must finish machining the lower themselves after which they can assemble all of the other parts to make it a complete gun for their own use, which is legal.)

Sadly, on March 15, the ATF exhibited its infamous lawlessness by conducting what many gun owners consider to be an illegal raid.

GOA’s interview with Karras can be heard live here this Saturday, March 22 (at 5 pm, EST) or thereafter on demand at the GOA News Hour archive.

Click here to take the Poll and Send a Message to Congress!

As a result of this recent confiscation of gun owners’ names, Gun Owners of America is conducting a poll of its members and activists.

The Poll Question:  Do you believe the ATF is illegally collecting gun owner names from 4473’s and other gun records — in order to illegally compile a national gun registry?

We saw that, in just the past week, the ATF did a slimy end-run around a restraining order to order to seize Ares Armor’s computers containing its customer list.

In addition, many, many members have told us that the ATF is copying 4473’s and bound books during its annual FFL inspections.

Federal law prohibits a compilation of a gun registry by the ATF.  In order to compile a de facto gun registry, even if stored in regional computers, the ATF — a federal law enforcement agency — would have to violate federal law.

Click here to Take the Poll and send a message to Congress.

The results will be shared with Congress.

And, if you have a story of the ATF copying 4473’s, which you would like to share with us, please click here to give us your story.  Entitle your email: “Stories of ATF record-copying”

(NOTE:  While we will keep your name confidential, you are certainly free to withhold it.)