ACTION:  The anti-gun Left is pulling out the stops and is now calling for gun confiscation.  We have to meet “fire with fire.”  So forward this alert to ten people.  Encourage your pro-gun family and friends to sign up for GOA alerts.

And, you can also give Gift Memberships to your family/friends this holiday season.  We need your support and activism more than ever!

The Anti-gun Left Declares War on Your Gun Rights

President Obama took to the airwaves on Sunday night and told the nation we need more gun control. 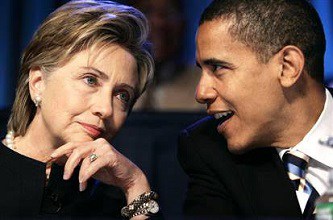 Hillary Clinton — the one who will most likely be the Democrat nominee for president in 2016 — recently called for an all-out war on guns, as well.

And then, for the first time since 1920, the New York Times published an editorial on the front page of their newspaper.

This is important because the editorial page of the Times reflects the thinking of the anti-gun Democrat Left.

And what is the theme of the Times‘ most important message in nearly a hundred years?

The Left “drops the gloves,” calls for gun confiscation

The New York Times said this weekend that:

It is past time to stop talking about halting the spread of firearms, and instead to reduce their number drastically — eliminating some large categories of weapons and ammunition.It is not necessary to debate the peculiar wording of the Second Amendment. No right is unlimited and immune from reasonable regulation.

The Times continues that there would be no grandfather clause for the 300,000,000-plus firearms we currently own:

[I]t would require Americans who own these kinds of weapons to give them up for the good of their fellow citizens.

So there you have it.  You need to give up your guns — for the good of the country.

Ironically, the editors at The Washington Post are furious with the Times for letting the “cat out of the bag.”

But as one insightful journalist noted, the Post editors are only upset because the Times’ piece confirms “every gun owner’s worst fear — namely, that all the talk about gun safety and reducing gun violence is just a sham, and the real agenda of the gun control movement is total confiscation.”

Everyone has known that a Hillary presidency would result in greater restrictions on our Second Amendment rights.

But now her mouthpiece at the Times has explicitly revealed what we knew already was the case — the Left wants to CONFISCATE YOUR GUNS.

Anti-gun radicals usually try not to say this publicly, because they know that talk of gun confiscation loses elections.

But when caught on “candid camera,” they tell you they want to confiscate guns.

Or remember when New York Governor Andrew Cuomo (D) said, in the wake of the Sandy Hook shooting, that among the different gun control proposals that were being bandied about, “[gun] confiscation could be an option.”

This is their agenda.

In its editorial, the Times lambasted pro-gun, Republican politicians who “abet would-be killers by creating gun markets for them, and voters allow those politicians to keep their jobs.”

That’s what the Left thinks of you.  They think that your rights and freedoms … that your guns which have NEVER harmed anyone — are the problem because you are aiding and abetting killers.

These are the stakes we face in the 2016 elections.

If Clinton wins, we can expect her to push the same Times’ agenda, which will include the elimination of “large categories of weapons and ammunition” — probably by executive fiat.

And we can expect the Obama-packed courts to roll over and ignore the “peculiar wording of the Second Amendment.”

You have eleven months before the November, 2016, elections.

And everything we believe in is at stake.

Please forward this alert and encourage your pro-gun family and friends to sign up for GOA alerts.

And take this holiday season as an opportunity to give Gift Memberships to your family and friends.

We need your support and activism more than ever!

Not a GOA member yet?  You can join Gun Owners of America today for only $25!