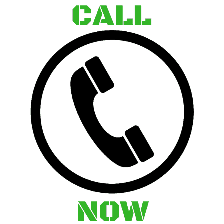 Click on the Call Now button to urge your Senators to OPPOSE the anti-gun William Barr for Attorney General. Pre-written messages are specially tailored for Republicans and Democrats. NOTE: If either of your Senators are Republican, please call them at 202-224-3121 and urge a NO vote on Barr. They especially need to hear from you! 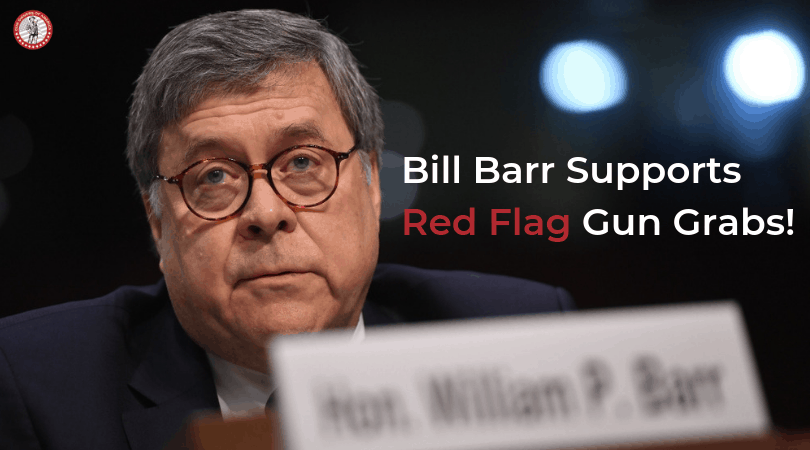 Even the most liberal, anti-gun Justice on the Supreme Court — Ruth Bader Ginsburg — didn’t sit in the witness chair in the Senate Judiciary Committee and tell us she intended to shred the Second Amendment.

So, when Barr openly spat on the right to keep and bear arms on Tuesday — and threatened to break down our doors in the middle of the night in order to confiscate our guns — well, that’s a problem for us.

Listening to William Barr, there is no doubt that he will be an enemy of the Second Amendment. He even talks like an anti-gunner.

On Tuesday, he told Sen. John Cornyn (R-TX) that “there’s room for reasonable regulation” on firearms laws — which is exactly the same lingo that Michael Bloomberg or Chuck Schumer would use.

But now it has become clear: Barr’s history as an enemy of the Second Amendment goes back a long way.

Consider that in 1991 — in testimony before the Senate Judiciary Committee — he endorsed semi-auto bans, magazine bans, and background checks. Said Barr:

On the assault weapon front, the proposal before us is the DeConcini amendment. And I think … I would support both the Brady Bill waiting period and the DeConcini amendment [semi-auto ban], provided that they were parts of a broader and more comprehensive crime bill that included … very tough provisions on the use of firearms in crimes and illegal purchase and trading in firearms…

Barr went on to endorse a comprehensive magazine ban as well.

Amazingly, when speaking before the Senate on Tuesday, Barr may have perjured himself by denying he ever supported a semi-auto ban.

When asked how his views from the early 1990s had changed after the Heller decision, Barr said: “I think I opposed an assault weapons ban [in the early 1990s].”

Of course, that’s clearly not what he said, and he’s obviously hoping that people don’t view the C-Span footage from 1991. [You can see Barr’s remarks at the 1:42:23 mark in this C-Span video.]

During the Clinton administration, the semi-auto ban that Barr supported was signed into law — creating a backlash so extreme that Democrats who supported the “Barr package” were thrown out of Congress in large numbers for the first time in a generation.

Gun control was shown to be a political loser.

Given this fact — and given that President Trump had nominated Barr — we were hopeful this was evidence that Barr had come around over the past few years.

After all, the President promised the American people that “the eight-year assault on your Second Amendment freedoms has come to a crashing end.”

Sadly, the Attorney General nominee is still a committed anti-gunner.

In an answer to a question by anti-gun Dianne Feinstein on Tuesday, Barr said his top gun priority will be Gun Confiscation Orders:

I also think we need to push along the ERPOs [Gun Confiscation Orders], so we have red flag laws to supplement the use of the background check… This is the single most important thing I think we can do in the gun control area to stop these massacres from happening in the first place.

Throw Due Process out the window

Just to make it clear, under these Orwellian Gun Confiscation Orders, a “secret court” can strip a gun owner of his constitutional rights based on a showing as low as “reasonable” suspicion that the person is “dangerous.”

But that claim of “danger” need only be a subjective belief in the mind of the accuser.

The gun owner doesn’t even have to be accused of committing a crime. And yet, he can have his Second Amendment-protected rights suspended — in truly Minority Report fashion — even though he or she was NEVER going to commit a crime.

And this gun confiscation will be done without a jury trial … without legal representation before the court … without facing one’s accuser or being able to challenge the accusations — in short, without any Due Process.

In case you’re unfamiliar with these secret (ex parte) courts, when only the accuser is in the room, a judge will sign virtually any gun confiscation order that is put before him.

A New Mexico judge, for example, entered an ex parte order against David Letterman because a housewife alleged that he was sending her coded signals over her TV screen.

So the “secret court” proceeding will provide the excluded gun owner with no protection whatsoever against the suspension of a wide variety of constitutional rights.

The first thing the gun owner learns of the obliteration of his Second, Fourth, Fifth, and Fourteenth Amendment rights is the “knock-on-the-door” in the middle of the night by police, ready to ransack his house, and, if he resists, to arrest or kill him.

I’m sure your familiar with the police shooting of 60-year-old Gary Willis of Ferndale, Maryland, who was shot to death when he answered his door at 5:17 a.m.

Mr. Willis is dead because of Maryland’s Gun Confiscation Orders.

We understand that Barr claims to believe the Second Amendment is an individual right, after the Supreme Court said it was in the Heller case. Yeah, so does Michael Bloomberg.

That’s no protection at all. Especially when he thinks that your rights can be subjected to “reasonable” restrictions that include proposals to confiscate firearms.

In sum, William Barr is an effective and persistent enemy of the Second Amendment and the Constitution in general.

So please email your Senators and urge them to OPPOSE the William Barr nomination.

The pre-written messages are specially tailored to fit whether your Senators are Republican or Democrat.

But if either of your Senators are Republican, it would especially be helpful to call them in opposition to Barr.

Tell them any senator who cares anything about the Second Amendment will oppose his confirmation.

P.S. Please email/call your Senators and urge them to OPPOSE William Barr for Attorney General. And if you’ve let your membership lapse, make sure to renew your membership in Gun Owners of America today for only $20!