Put the Heat on Ryan; Tell Him to Not Sell Out the 2A!

2. Click here to send an email to House Speaker Ryan.

Don’t Let Ryan Get Away with Any 2A Infringements!

Ryan has urged the ATF to regulate or ban bump stocks. But this presents a huge threat to gun owners, because much more than bump stocks are at risk.

Sen. Dianne Feinstein’s, S. 1916 — and its Republican counterpart, H.R. 3999 — would ban any gun parts or devices that “accelerate the rate of fire” of a semi-automatic firearm. 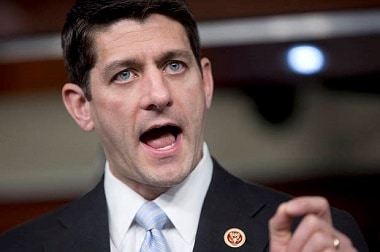 As you can already imagine, this will open a Pandora’s box of gun control.

This means that anything from triggers to magazines are at risk of being defined as a device that “accelerates rate of fire” of the rifle, and therefore subjects them to the ATF’s regulation or ban.

And these proposed regulations can be easily circumvented, because many semi-automatic rifles can be “bump fired” with a belt loop!

That’s why it’s so important to act. It really is crunch time for the Second Amendment.

And as a constituent of Paul Ryan, your opinion counts more than those who live outside of Ryan’s district.

2. Any ATF regulation could be applied to triggers and magazines, because they would be considered to “accelerate the rate of fire” even though there is no standard rate of fire for a semi-automatic rifle.

3. Instead, Ryan should immediately move HR 38 — a concealed carry bill that has languished in committee for far too long!

Then follow up with an email to urge Ryan to STOP compromising!

It’s crunch time. Please take action to give Ryan a call and send an email to encourage him to stand firm.

P.S.  Gun Owners of America is pulling out all the stops to thwart this assault on our gun rights. Please consider chipping in $20, $35, or $50 to help us in our fight. And thanks to a very generous Life Member, all contributions to GOA are doubled!