GOA On the Front Lines Defending Your 2nd Amendment Rights

Take Action to encourage President Trump to stand firm against the anti-gun Left which is trying to use the Las Vegas tragedy to impose more gun control.

Republicans Coming Under Fierce Pressure to Buckle on Gun Rights

Everyone at Gun Owners of America was extremely troubled and saddened to see the tragic and terrifying report of the shooting in Las Vegas.

GOA and all our employees send the sincerest prayers for the victims, their families, and all involved in this heartbreaking incident. 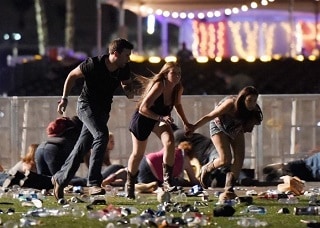 At the same time, it is disturbing to see anti-gun politicians and celebrities politicizing the tragedy by calling for further restrictions on guns.

They are blaming gun owners like you for what an evil man did.

And some Republicans in Washington are feeling the pressure to “do something.”  Even President Trump said that, “We’ll be talking about gun laws as time goes by.”

Gun Owners of America has been on the front lines all week, answering the “tough” questions.

We have frequently been asked by media outlets around the country — even around the world — to “justify” why Americans should own guns.

Of course, we remind them that we have a Bill of Rights, not a Bill of Needs.

But our message is clear:  We cannot blame gun owners, the gun itself, or the liberties protected in the Second Amendment for how evil people abuse that freedom.

The vast majority of gun owners — like yourself — handle their firearms responsibly.

Guns are being used every day to save lives — and good Americans have even used their firearms to stop mass shootings.

GOA is also emphasizing that no amount of gun control will stop bad guys from getting their hands on firearms.

I pointed out during one TV debate that many of the countries in Europe — with all their gun control — still have a higher rate of Mass Shootings per capita than does the United States.

Even though France has far stricter gun restrictions than we do, that country saw more people die in mass shootings in 2015 than were killed in all the U.S. mass shootings during Obama’s presidency.

You can use the following links to view some of our media debates or stories that we have posted:

* Different Reactions in the Gun Lobby to Vegas Shooting

* Gun Owners of America Fights for AR-15s Before Supreme Court

* GOA Schools an Aussie on the Ultimate Reason for Firearms

It’s a sad day, when those who hate our constitutionally-protected liberties try to turn a time for grieving into an opportunity to punish you and restrict your freedoms.

But we will stand together to oppose them.

Please take action to encourage President Trump to remain firm and to resist every effort to compromise our rights.

Thank you for helping keep GOA on the front lines.

P.S. Please click here to urge President Trump to stand strong against any and all attacks upon our Second Amendment-protected rights. The pre-written letter will remind him that Universal Background Checks will not stop lunatics like the Las Vegas shooter — given that he passed background checks to purchase his guns — and will reiterate there is NO gun control law that criminals will obey!