Tepid ObamaCare “Replace” Bill Could Have an Adverse Impact on Guns

Urge Your Senators to Support the Pro-Gun Rand Paul Amendment!

Please click on the Take Action button to contact your senators  Urge them to support the Paul amendment to the ObamaCare “repeal and replace” bill (H.R. 1628) — so that gun owners are protected.

If you’ve been watching the news, you know that the U.S. Senate could vote on a “repeal and replace” health care bill, as early as next week. 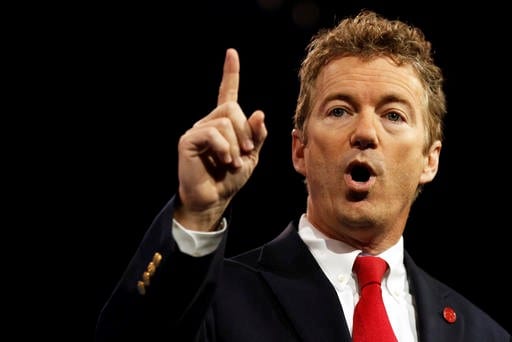 But as always, this poses a certain danger for gun owners.

After all, I’m sure you know how medical information has been increasingly used in this country to impact our Second Amendment rights.

Just ask the 257,000 law-abiding vets who have lost their guns because they went to the VA for treatment.

Given this dismal record, it shouldn’t be hard to convince congressional Republicans who ran as supporters of the Second Amendment to make sure that their ObamaCare “repeal and replace” bill does not adversely impact guns.

So GOA is insisting that any comprehensive federal health package must make sure of three things:

1) Insurers cannot ask about gun ownership, or feed that information into a federal database, or discriminate or deny insurance to gun owners;

3) The ATF must not be allowed to troll the federal health database for names that it could submit to the NICS list.

The good news is this:  Senator Rand Paul (R-KY) is prepared to offer an amendment on the Senate floor which would take care of all of these problems. 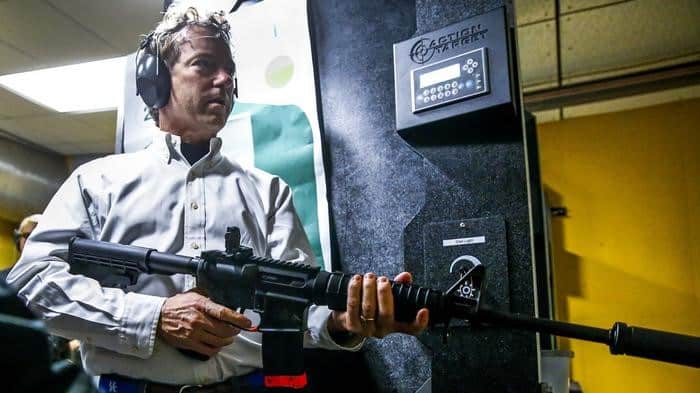 But given that Senate Republicans may allow unlimited amendments to be offered to the bill, Senator Paul’s office has told Gun Owners of America that he is willing to offer an amendment to protect gun owners from the gun-related concerns in ObamaCare “Lite.”

It’s not that difficult to do.  In 2009, Harry Reid’s manager’s amendment took care of the first and second problems.

And it would take a small technical correction to make sure that the Reid amendment continues to apply to the new options created by Congress’ new “repeal and replace” bill.

But, thus far, congressional Republicans have failed to do those small things.  And their failure to act leaves us “hoping,” but with no assurance that this is the case.

In 2009, we predicted that the Obama administration would eventually use the database, that was institutionalized by the ObamaCare bill, to troll programs like Social Security for the names of people with PTSD or people with guardians — and would use that list to take away their guns.

It took only six years for this prediction to become a reality.

And, although a resolution passed under the Congressional Review Act probably prevents this from happening again, there is nothing to prevent the national health database for being trolled for PTSD, ADHD, and Alzheimer’s.

(This means, of course, that many seniors could forget about passing on their guns as an inheritance to their children and grandchildren.)

The bottom line is this:  These are easy fixes.

And Senator Paul has stepped up to the plate to make them.

But he needs the support of other senators — especially those who claim to be pro-gun.

So please contact your senators, and urge them to support the Paul amendment to the ObamaCare “repeal and replace” bill (H.R. 1628) — so that gun owners are protected.

The pre-written messages are especially designed to appeal to both Republican and Democrat Senators — and the email to Democrat Senators will point out that their former leader, Harry Reid, had previously endorsed similar language to the Paul amendment.

P.S. Please urge your Senators to support the Rand Paul amendment to the ObamaCare “repeal and replace” bill (H.R. 1628) — so that gun owners are protected. And I hope that you will become a GOA Patriot, to help us rally more gun owners in the cause of liberty!