We are Within Striking Distance of Getting Concealed Carry Reciprocity

Good News on Concealed Carry Reciprocity, Plus Info on How to Win Your Free AR-15!

Independence Day is just around the corner.

And on July 4th, we will be selecting one lucky winner, who will get a brand new SWAT AR-15.

Consider this gun a thank you for all the wonderful work that activists like you provide in defending the Second Amendment. 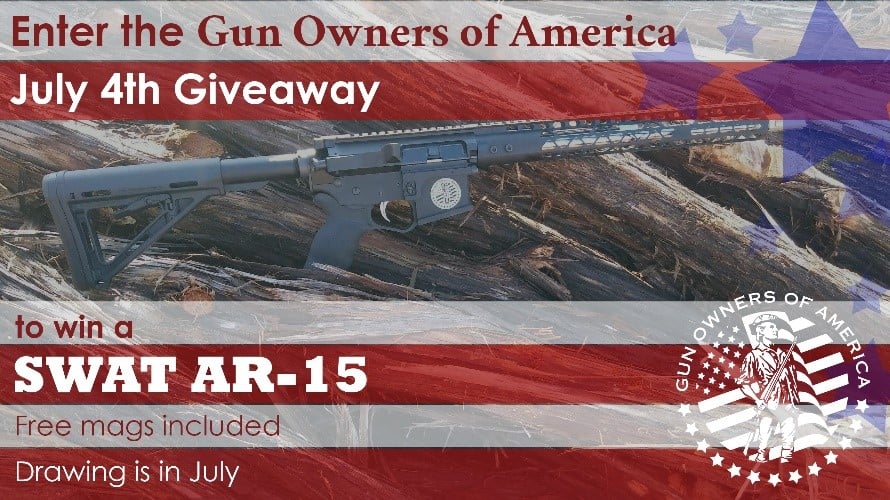 This is a beautiful gun that will be engraved with GOA’s logo.

You can easily sign up to win this AR-15 by clicking here.

So I hope that you will enter the giveaway.

Now, for the legislative update on what’s happening with national reciprocity.

We are Within Striking Distance of Getting Concealed Carry Reciprocity

For years, we have dreamed about a time when the Second Amendment was truly recognized throughout the country — and where gun owners didn’t risk decades in prison because they took the wrong exit into an anti-gun jurisdiction.

That time is now.

By our count, we now have at least 218 votes for reciprocity in the House, with the election of pro-gun Republicans in Georgia and South Carolina special elections.

And we also have a majority in the Senate, and believe we are close to the 60 votes needed to break any filibuster.

Moreover, the underlying House bill — H.R. 38, introduced by Rep. Richard Hudson — is everything we’ve dreamt of: 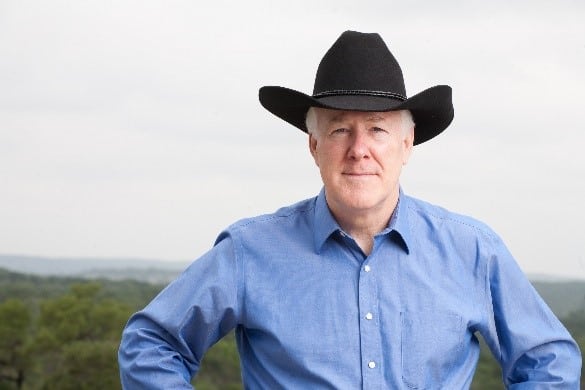 * It would grant national concealed carry reciprocity for permit holders, and there’s nothing that despotic local officials could do about it.

* It would allow gun owners from Constitutional Carry states to carry nationally.

* It would allow Americans from states that generally refuse to allow gun ownership to obtain a non-resident permit from another state — and use that permit to carry in their own repressive state.

* It would repeal safety-free zones that turn our kids into sitting ducks.

* It would spank anti-gun agencies like the Army Corps of Engineers, which refuse to comply with federal law allowing guns in parks.

And, although the Senate bill — S. 446, which is sponsored by Texas Senator John Cornyn — doesn’t have all of these features, it’s a pretty good bill which recognizes national concealed carry reciprocity for Constitutional Carry states.

And, in 2013, it got almost 60 votes in the Senate — at a time when Democrats were still in control.

So we are using S. 446 as a rallying point to show support for reciprocity in the Senate — and to urge the House to act quickly.

Senator John Cornyn was one of the first legislators to realize that residents of Constitutional Carry states shouldn’t lose their reciprocity rights, simply because their states were pro-gun.

Or what about Alaska, which enacted Constitutional Carry in 2003, and Arizona which followed in 2010?  Both states saw their murder rates decline by roughly 30% in the first five years.

So Senator Cornyn has been a real champion on this issue.

Please contact your Senators and urge them to cosponsor S. 446.

GOA’s Legislative Action Center will automatically select the correct letter for you — thanking those Senators who have cosponsored the bill, and spanking those who haven’t.

P.S. Please use GOA’s Legislative Action Center to email your Senators in support of S. 446.  And help GOA continue to reach even more gun owners by becoming a GOA Patriot member.