GOP Representatives Sticking to Their Guns

I have some exciting news to give you from the nation’s capital.

We have been on the phone with Capitol Hill offices this week.

And our lobbyists have been walking the halls of Congress, after the tragic shooting in Alexandria, Virginia.

By all accounts, Republican members of Congress are more fired up than ever to get concealed carry reciprocity legislation passed.

One office told me yesterday that his boss was furious that Congress has been dragging its collective feet on the gun issue.

Your activism is also helping tremendously.

The alert that I sent out on Wednesday to GOA grassroots members has resulted in a new wave of emails being sent to Congress.

Republican lawmakers are more emboldened than ever.

But not everyone is happy about this.  The New York Times reported yesterday that:

The emboldened response on the right [in Congress] illustrated how much the center of gravity has shifted in the gun debate.  As Republican lawmakers grow more uniformly conservative … few prominent voices in the party are willing to support gun control measures.

The anti-gun Left is dispirited

You can’t blame the New York Times for not trying.

The Times trolled the ranks of congressional Republicans, desperately seeking new converts for gun control in the wake of the shooting of House GOP Whip Steve Scalise (LA).

And what did they find?  Just the opposite!

According to the Times:

Republican members … demand that existing restrictions on gun access be loosened so that people facing similar attacks are able to defend themselves. (Emphasis added.)

Had there not been a member of House leadership present, … it would have become the biggest act of political            terrorism in years, if not ever.

Garrett’s solution?  “Allow the most law-abiding among us to defend themselves.”

And Rep. Chris Collins (R-NY) echoed Garrett’s sentiments, stating: “I assure you: I have a carry permit. I will be carrying when I’m out and about.”

The gun control crazies have tried SO hard to exploit the victims of Wednesday’s tragic events for political gain.

But the fact is that the shooter — I’m not going to give him the dignity of using his name — got his gun in one of the three most anti-gun states in the country.

I have been doing lots of radio and TV media in the wake of the shooting — in addition to other spokesmen here at Gun Owners of America. 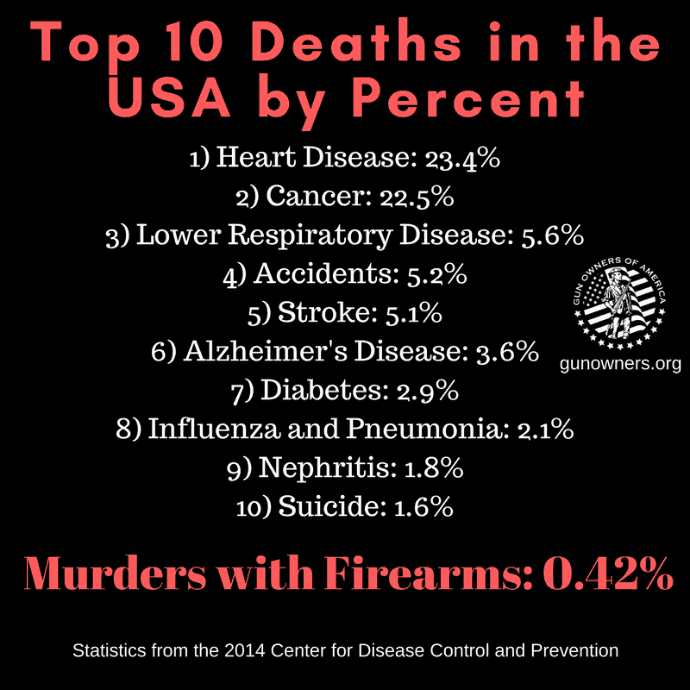 And the constant theme we are making is that while gun control is a huge failure, good guys with guns will save lives.

GOA is also promoting several articles and memes on Social Media to get out the truth surrounding this week’s events.  Here are just a sampling:

* The media hastily assumed the Alexandria Shooter used an AR-15, they were wrong.

Reciprocity legislation on the ascendancy

The Alexandria shooter almost assuredly traveled illegally to Virginia, as he would have crossed state lines (armed) with the intent to commit murder.

And, egged on by the liberal media, he tried to do what many on the Left had all-but-demanded: “Eliminate the Republicans.”

There were roughly twenty congressmen on that field in Alexandria.

They were effectively disarmed because they were about to go into the District of Columbia, where guns are banned.

Had Rep. Scalise and his security detail not been present, they would have all been sitting ducks.

Rep. Garrett has introduced legislation to repeal the D.C. gun ban which disarmed the 20 congressmen in Alexandria (H.R. 1537).

And Rep. Tom Massie (R-KY) has introduced a bill to force the District to recognize concealed carry permits from other states (H.R. 2909).

But the most important vehicle for forcing D.C. to recognize permits (and constitutional carry rights) from other states is H.R. 38, which now has 199 cosponsors.

So please urge your congressman to demand that the House leadership bring H.R. 38 for an immediate vote.

The prewritten letter that we have prepared for you will also urge your congressman to cosponsor Massie’s H.R. 2909, as this bill would allow any permitted concealed carrier in the country to carry a firearm in Washington, D.C.

So now you would be able to travel safely next time you bring the family to our nation’s capital!

P.S. Urge your representative to demand that the House leadership bring up the concealed carry reciprocity bill (H.R. 38) for an immediate vote. And urge cosponsorship of H.R. 2909, which will allow you to travel armed to our nation’s capital.