GOA, we go where the fight is. Anywhere, Anytime. 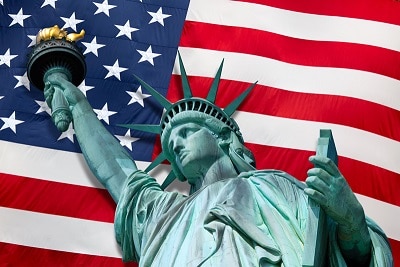 Gun Owners of America continues to battle New York City Mayor Michael Bloomberg, who is spending millions of his dollars trying to bring big city gun control to the rest of the nation.
We beat him in the U.S. Senate — for now — but his minions are still active across the country, trying to get various state legislatures to impose gun control and restrict your Second Amendment rights.
It can seem depressing when you listen to the media, hearing all the states that are pressing for more gun control in the aftermath of the Sandy Hook shooting.  But what they don’t tell you is that there are EVEN MORE states that are loosening restrictions on firearms.
Well, GOA has been involved in several of these fights, and we continue to be involved at the federal level as well.  Here are just some of the ongoing, recent fights where GOA has played a role:
* GOA opposing backdoor gun control efforts at HHS.  GOA alerted you last month to how the Obama administration is trying to make an end-around Congress, implementing regulations to take away people’s guns.
The “see a shrink, lose your guns” regulations published by Health and Human Services would expand the abusive practices that have disarmed 165,000 military veterans, and apply it to average citizens, as well.
You can read GOA’s comments here.  And if you want to submit your own comments, you can go here to do so.  Comments must be submitted on or before Friday, June 7.
* GOA pushed New Jersey Governor Chris Christie to appoint a pro-gun replacement in the U.S. Senate. In case you missed the news, the notoriously anti-gun Senator Frank Lautenberg (D-NJ) died earlier this week.  So GOA rallied the troops in the Garden State and pressed Governor Christie to appoint a pro-gun interim. Specifically, we encouraged the Governor to NOT appoint state Senator Joe Kyrillos (R) — a die-hard gun control advocate, who many thought would be Christie’s hands-on favorite.
UPDATE: Governor Christie did not appoint Sen. Kyrillos, but instead tapped state Attorney General Jeff Chiesa, who has been a proponent of gun buybacks.  Given that “Democrats are counting on Chiesa’s vote on immigration and gun control,” as reported today by the NY Daily News, this pick by Gov. Christie does not thrill gun owners.
* GOA lobbying Alaska and Missouri governors to sign nullification bills. Legislators in both states have sent bills to their respective governors which would prevent any official in the state from enforcing federal gun control laws.
In Missouri, Governor Jay Nixon had until yesterday (June 6) to veto HB 436, or else the nullification bill would become law in the Show Me State.
In Alaska, GOA is expectant that Governor Sean Parnell will sign House Bill 69 — which, in addition to the nullification provisions mentioned above, would prohibit the federal government from regulating firearms made and possessed wholly within the state of Alaska.
* GOA presents freedom awards to sheriffs championing nullification. Speaking to scores of sheriffs at a conference in Missouri last Friday, GOA Executive Director Larry Pratt awarded two outstanding sheriffs with freedom awards.
The “High Noon Award” was presented to Wisconsin’s Milwaukee County Sheriff David A. Clarke, Jr., for “standing for truth when others run, for telling the truth even though politically incorrect.”
And Sheriff Denny Peyman of Jackson County, Kentucky was presented with the “Nullifier of the Year” award by GOA for promising to not enforce any gun law that violates the Kentucky or U.S. Constitutions.
* GOA assists efforts in CO to recall anti-gun Senate President. Democrat Colorado legislators used the Sandy Hook shooting as an excuse for imposing greater gun restrictions in March.  Since then, there has been a grassroots effort to hold Senate President John Morse (D) accountable — an effort which GOA has aided.
While the deadline for collecting signatures was June 3, activists were able to collect more than double the number that was needed to force a recall election.  Once the signatures are certified by the Secretary of the State, then the Governor will set a date and time for the recall — which will most likely take place in September.
Firearms Manufacturers Offered Rent-Free Land in Missouri
While many gun companies are now leaving Colorado because of their betrayal on gun rights, John Negri has set forth an offer that gun manufacturers may not be able to refuse.
Speaking on “America’s Voice Now” — Missouri radio program hosted by GOA member Michael Evans — Negri is making three parcels of land available at a no-charge lease for 20 years.
Negri is extending the invitation to gun manufacturers or distributors that have publicly announced they’re leaving their current state because of restrictive firearms regulations.
Interested parties, firearms manufacturers, accessory makers and distributors can contact Michael Evans at [email protected] or call 417-372-0686 for more information or to obtain a package outlining the parcels available and their respective benefits and features.
Your continued support helps keep us in the fight.
And every new person you encourage to sign up for our free email alerts or for a new GOA membership gives us a louder voice inside the Beltway.
Thank you!