Click on the Take Action button to send letters to your Representative and Senators opposing the anti-gun sentencing bill (H.R. 3713 and S. 2123) — legislation that will punish honest gun owners while helping restore voting rights to hundreds of thousands of Hillary supporters.

The Obama administration, aided by cheerleaders from the Left-wing media, is now mounting a push to pass its anti-gun “sentencing bill” (S. 2123 and H.R. 3713).

The bill was held up for quite some time, but media outlets are reporting that after months of backroom wrangling, this legislation now has a majority support in the Senate. 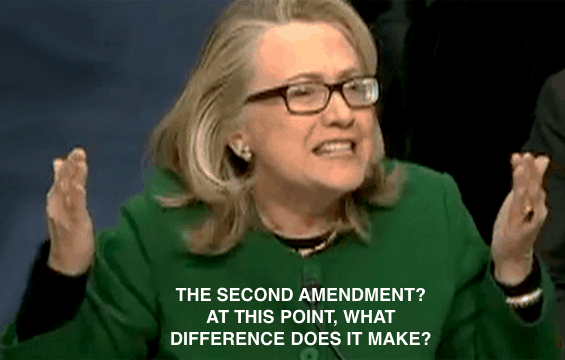 This is why it is urgent that you urge your Representative and Senators to oppose this legislation.

Even though Senators have reached a compromise bill — and even though gun owners have protested this for nearly half a year — the sentencing legislation in Congress still endangers the rights of gun owners.

For beginners, the House version is still unchanged. It would increase by 50%, the maximum prison sentence for veterans and other victims of “gun control” — if they or a spouse fails to divest themselves of all guns when ordered to do so by the Veterans Administration or the ATF. (See section 6 of H.R. 3713.)

So a military veteran who is suffering from PTSD — and who has been labeled as a prohibited person — would get increased penalties for simply possessing a gun under this bill.  All this would happen to decent gun owners, even while penalties for drug traffickers would be reduced.

And while the sentencing legislation will do nothing to repeal the unconstitutional 1986 ban on machine guns, penalties for those who possess such a firearm would be increased by 50% (under the same section 6 provision in H.R. 3713).

So anyone like David Olofson who fires a semi-automatic firearm which malfunctions with a three-round burst could now find themselves imprisoned for several decades, if the ATF later determines their semi-auto was actually an automatic firearm.

As for the Senate “compromise” version, Section 107 would still impose a mandatory five-year minimum prison sentence for any gun technician who posted “how-to” information on the Internet with respect to any gun on the Munitions List or the Commerce Department’s arms list. This is because, under State Department regulations, which we opposed, that “how-to” information is deemed to have been transferred to anyone on the Internet (i.e., ISIS).

Hence, despite months of backroom wheeling and dealing by U.S. Senators, this anti-gun provision still remains in the Senate’s “compromise” version.

In addition to the difficulties mentioned above, there is one more fundamental problem.

Around the nation, Democratic office holders are moving quickly to extend voting rights to the drug traffickers released by the bill, in some cases as soon as they hit the streets — thinking that they will probably vote for Hillary Clinton.

The Democratic Maryland legislature just enacted such legislation, over the Republican governor’s veto.

Clearly, Obama understands that passage of the sentencing bill will transform the electorate — in an anti-gun direction.

In fact, now that the “sentencing reform trap” is closing on stupefied Republicans, the New York Times has been quick to report on the ramifications.  In one article, the Times reports:

The sweeping order [by McAuliffe] in a swing state that could play a role in deciding the November presidential election will enable all felons who have served their prison time and finished parole or probation to register to vote. [Most are] a core constituency of Democrats, Mr. McAuliffe’s political party….  [Democrats] are planning to fan out into Richmond communities Friday to start registering [drug traffickers, murderers, and rapists].

Ominously, the Times notes that the “The big number of newly enfranchised voters is actually larger than Mr. Obama’s 149,298-vote margin [in Virginia] in 2012.”

Bottom line:  If providing the margin to elect Hillary Clinton were not enough, the bill takes care of drug traffickers, butnot law-abiding gun owners who have been ensnared in the intricacies of gun control laws.

And when released drug traffickers begin to commit more homicides, as they are already doing in New York and Chicago, we will see a new round of calls for gun control.

So please contact your Representative and Senators and demand that they shelve the anti-gun sentencing bill, H.R. 3173 and S. 2123.