GOA Thanks its Grassroots Army for Their Activism!

GOA Activists are making a huge difference on Capitol Hill. Forward this email to your pro-gun friends. If this alert forwarded to you, you can sign up for GOA’s free email alerts here.

Not a GOA member yet?  You can join Gun Owners of America today for only $20

I want to thank you again for having signed up to receive GOA’s legislative updates and for taking action on the alerts that Gun Owners of America sends you.

Your activism really makes a difference.

— and what happened in the U.S. House of Representatives last week.

House Speaker Paul Ryan has pulled his anti-gun “ObamaCare Lite” bill, after the defection of a large number of House conservatives blocked its passage. 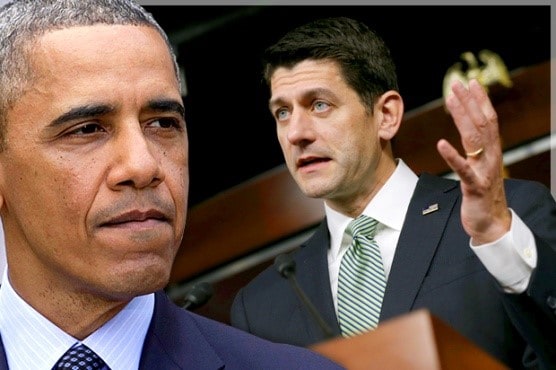 Obviously, the gun issue was not the only one in play.

But media outlets such as Breitbart prominently featured GOA’s concerns with the bill.

“ObamaCare Lite” was not exactly a great bill to begin with. It continued Obama’s “mandate” under another name, with subsidies and entitlements.

That said, Gun Owners of America made three modest requests in exchange for not opposing the bill:

(1) That insurance companies be prohibited from discriminating against gun owners.

(2) That doctors not create a de facto gun registry by entering gun information into a federal database.

(3) The agencies not be able to troll Medicaid and federal health databases in order to send names to the NICS “gun ban” list.

Even these small requests were too much for House Speaker Paul Ryan.  So we continued to oppose the bill.

Thankfully, our allies in the House, especially those in the House Freedom Caucus, forced the bill to be pulled from the House floor.

GOA activists make a difference. You can’t imagine how important your activism is when it co 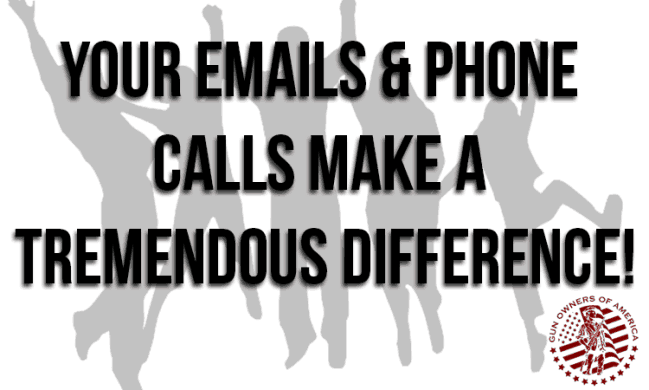 mes to “bucking up” the pro-freedom legislators on Capitol Hill.

They came under tremendous pressure to support the anti-gun bill, and since its defeat on Friday, they are being blamed for the setback.

In truth, the real “setback” occurred when House leaders decided they would refuse to take care of GOA’s concerns with the bill.

The legislation will remain on the shelf — at least until the bill becomes a little more ‘Repeal & Replace’ and less ‘more of the same.’

But it’s important to let Congressmen know — especially the members of the House Freedom Caucus — that regular Americans stand behind their decision to kill an anti-gun bill.

Please click on the Take Action button to contact your congressman. NOTE: Freedom Caucus members will be thanked for standing up for the Second Amendment. All other Reps. will be urged to support a health care fix that does NOT threaten Second Amendment rights in any way.

Gun Owners of America lobbied hard for passage of this bill in the House and Senate — and, finally, urged the Governor to sign the legislation.

All of these efforts bore fruit on Thursday, when Gov. Doug Burgum (R) signed the GOA-backed legislation into law.

There are many good Constitutional Carry bills that are still alive across the country, including Alabama, Louisiana, Nebraska, North Carolina, South Carolina, Tennessee, Texas and Wisconsin.

The Supreme Court favorably decided a case last week in which Gun Owners of America came to the defense of a man who had been arrested and detained for 48 days based on false charges by law enforcement.

The Supreme Court, in a 6-2 decision, held that the Fourth Amendment protects against unreasonable seizures (arrests), not just during the pretrial phase, but also after an indictment and arraignment before a judge.

GOA believes that protecting the Fourth Amendment rights of law-abiding Americans will ultimately protect the rights of gun owners to be free from “unreasonable searches and seizures.”

Gun owners stand to be among the first to be targeted by government if the Fourth Amendment continues to be eroded.

And this is why GOA is working to explain to courts that the Fourth Amendment protects each American’s property interests, including Americans’ property interest in their own body and firearms.

GOA’s brief can be viewed here.  A summary of the Supreme Court case, and the decision itself, can be read here.

Finally, anti-gun Michael Bloomberg swung and missed — for a third strike — in his efforts to convince states to adopt the Universal Background Checks (and gun registration) that we defeated in Congress.

Maine voters rejected such a law in November.  Nevada voters adopted it — but with a drafting error which made it unenforceable.

And now in New Mexico, the House Judiciary Committee has rejected the Bloomberg New York-drafted proposal, thereby killing it for the year.

Gun Owners of America activated its grassroots network in opposition to the Michael Bloomberg-endorsed legislation.

As you can see, there are a lot of good things happening around the country.

Thanks again for your activism in helping defend the Second Amendment.