Click on the Take Action button to engage in one last battle. Please encourage your Senators to oppose the anti-gun omnibus bill. (The pre-written text is specially crafted for Republicans and Democrats.) And while you’re emailing your Senators, you will automatically send an email to the President, urging him to veto the bill. 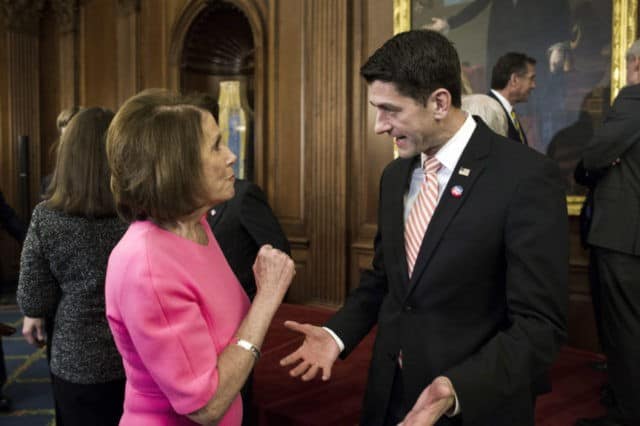 Well, the Swamp Creatures pulled out a victory today.

By a margin of two votes, the GOP appears to be poised to be “the party that finally delivered on gun control.”

The rule to consider the Omnibus Appropriations Bill in the House passed today by a vote of 211-207.

Had only two members changed their votes, the vote would have been 209-209 — and the Omnibus would have gone down.

You can view the 25 pro-gun hero Republicans who voted NO on the “rule” — and came within two votes of killing gun control.

The Omnibus spending bill now goes to the Senate.

The bill contains a gun control provision (Fix NICS) which would strip millions of veterans, seniors, medical marijuana smokers, traffic ticket violators, and others of their constitutional rights — without substantive due process.

Earlier this year, the House leadership team guaranteed that the anti-gun Fix NICS bill would not move separately, without reciprocity added.

But that was a lie. And now, many pro-gun congressmen are very upset.

The bill also contained a “school safety proposal,” which prohibits money from being used for guns and gun training.

By the way, some congressmen will try to fool voters in their district by appealing to the fact that they voted against the omnibus on final passage.

What this ignores is that they voted FOR the bill before they voted against it — hence the reason that the rule vote was so important. 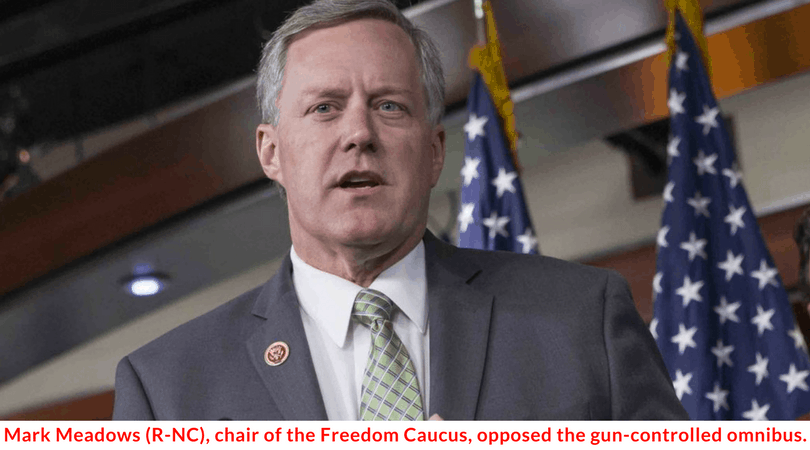 That was the one chance that we had to kill the bill, and those who voted for the rule effectively made sure that gun control would pass.

Your Activism was Instrumental

Your activism made a world of difference.

By acting on GOA’s alerts, you have been part of the largest pro-gun advocacy group that was fighting this anti-gun omnibus.

And thanks to you, we came within two votes of stopping gun control.

All of this, despite the overwhelming support by the NRA and the Republican leaders for the anti-gun Fix NICS bill.

Senate Majority Leader Mitch McConnell was a cosponsor of Fix NICS in the Senate (S. 2135), and both House Speaker Paul Ryan and the President wanted the “Take the Guns First” provision stuck into the omnibus.

And yet, even though we were fighting an uphill battle, we came within a whisker today of defeating gun control in the House.

We have one last chance to defeat this bill — although, arguably, this is going to be much tougher to kill in the Senate.

But they need to hear that you’re upset, too.

(The pre-written text is specially crafted for Republicans and Democrats.)

And while you’re contacting your senators, you will automatically send an email to the President, as well, urging him to veto the bill.

The House Freedom Caucus has asked Donald Trump to change his mind and veto the bill — and they have asked for our support in helping change the President’s mind.

So thank you for all you have done to help.