Will Gun Control Remain in ObamaCare?

Efforts to Repeal ObamaCare are Going Off the Rails

Click on the Take Action button to tell your congressman, about the Second Amendment concerns with the ObamaCare fix that is currently being advanced on Capitol Hill.

The battle over the anti-gun ObamaCare law is raging.

Add to this the concern from gun owners around the country. 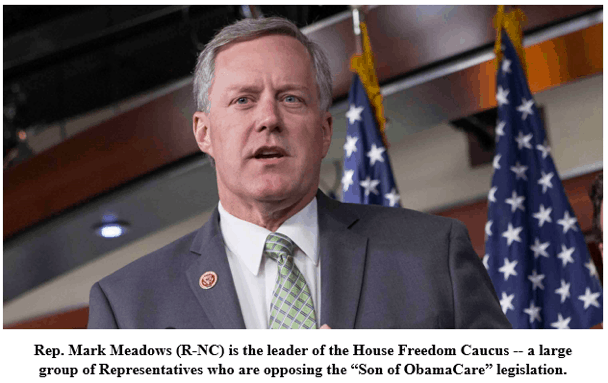 ObamaCare has given the federal government the ability to use (and abuse) medical data as a pretext for keeping law-abiding gun owners from possessing firearms — just as the feds have already done to more than 257,000 military veterans.

The reasons why conservatives around the country are upset with the “Son of ObamaCare,” which is still unnumbered, are not hard to figure out:

* The bill still requires an individual mandate.  If your insurance lapses, the government requires that you pay a 30% legally-mandated penalty to re-enroll.

And what that means is that people who pay no taxes get a big check from the government.  How is that different from subsidies under ObamaCare Prime?

* The bill keeps the entitlements.  It continues to pay the 31 greedy states who grabbed for “free” Medicaid money, and it creates a NEW program to reward those who didn’t.
We don’t oppose repealing the ObamaCare tax increases.  But, if that’s the big benefit of this bill, the result will be that it rewards big business, but retains the problems for everyone else.

How did we get into this situation?

Well, our staff told Republican Congressmen that they needed to immediately REPEAL the anti-gun ObamaCare law — and then confront Democrats with either working with them to “replace” or getting NOTHING.  (On multiple votes over the past several years, the GOP has unanimously opted for the “repeal” part.)

As it is now, the “repeal” part is embroiled in the intricacies of “replace.”  And, if the Democrats can pull off just a few Republicans, what they get is:  A CONTINUATION OF OBAMACARE PRIME. 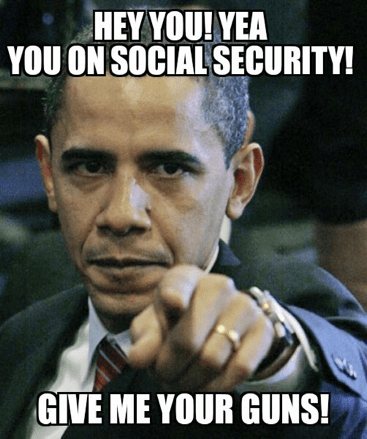 FIRST, the bill needs to be amended to prohibit the ATF from trolling the national health database, or Medicaid, or any new

The Obama administration did that with Social Security, for the specific purpose of imposing a lifetime gun ban on millions of Americans.

As it is, “Son of ObamaCare” opens that possibility again — on a grand scale.

And the last thing we need is a federal mandate (with a 30% penalty) which would have the same effect. After all, we have seen how insurance companies penalize things they don’t like — or things they think are dangerous.  Like smoking.  Or, in some cases, gun ownership.

THIRD, the bill needs to be amended to ensure that doctors are not required — or even allowed — to ask about gun ownership and to enter that information into a federal health database.

If this were the case, that database would become an de facto national gun registry.

Incidentally, all we are asking for on the second and third points is that “Son of ObamaCare” IS NO WORSE THAN OBAMACARE PRIME.

Once again, House Speaker Paul Ryan has committed a “rookie error.” And it threatens the ability of Republicans to carry through with their most central campaign promises.

Now, unless the House passes HIS bill, Ryan is threatening to “take his marbles and go home” — thereby leaving ObamaCare in place.

It would be very difficult, in 2018, for Republicans to lose both the House and Senate — as a result of the “electoral math.”

But carrying through with the Ryan threat could well achieve the impossible.

Please urge your congressman to hold up the “Son of ObamaCare” bill until its gun problems are cleaned up.