Will “Son of ObamaCare” Become a Trojan Horse for Gun Control?

Click on the Take Action button to tell your Representative about the Second Amendment concerns with the “Son of ObamaCare” legislation which is currently being advanced on Capitol Hill.

No doubt, you have heard the recent debates over dismantling the anti-gun ObamaCare law.

For six years now, congressional Republicans have campaigned on the promise that they would repeal ObamaCare on the first day that the GOP controlled Congress and the White House. 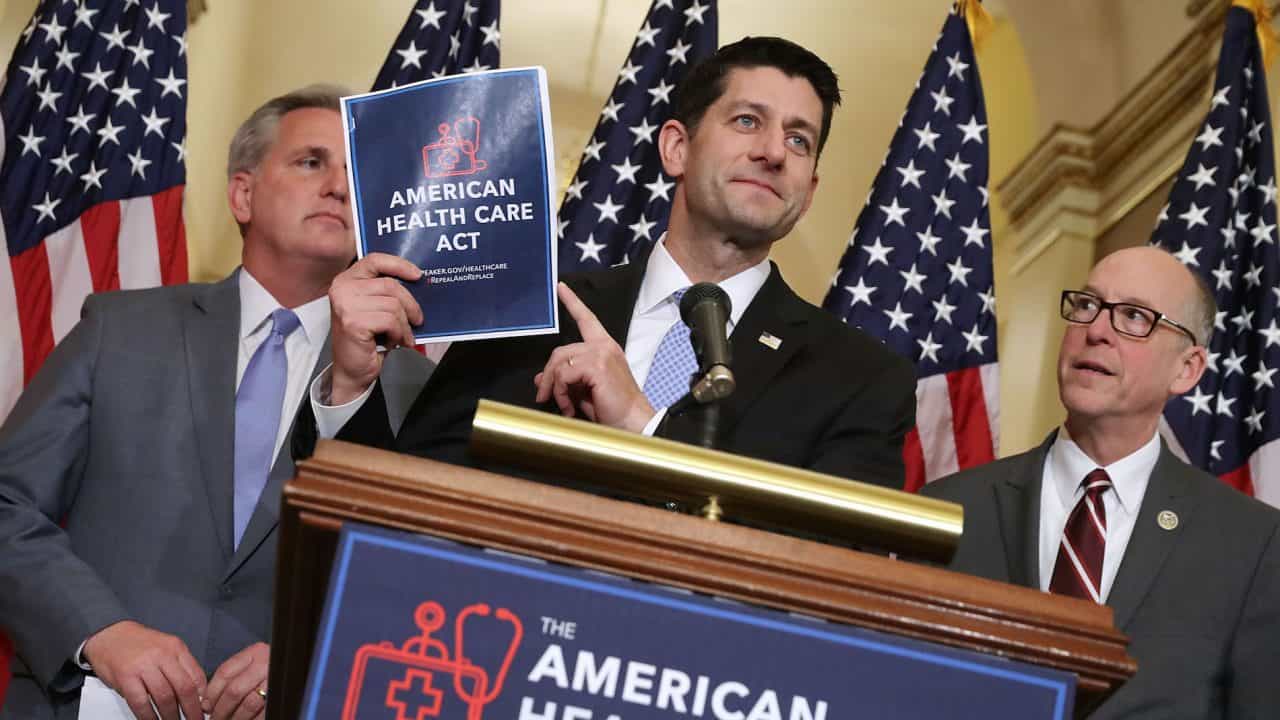 And they have been richly rewarded for making that promise.

Well, the GOP now controls both Congress and the White House.

They have for almost 50 days.

But “ObamaCare repeal” seems to have devolved into a civil war in which GOP conservatives Mike Lee, Rand Paul and Ted Cruz have now accused the Republican leadership of proposing “ObamaCare Lite” or “ObamaCare 2.0.”

We won’t get in the middle of whether House Speaker Paul Ryan’s “repeal and replace” bill is genuine conservative reform or RINO-backed socialism.

But it is important to us that whatever bill passes be amended so that it does not become a dagger in the heart of the Second Amendment.

And Ryan’s current draft, which is still unnumbered, threatens to be such an anti-gun measure.

These are our concerns:

FIRST:  The Ryan bill must be amended to prohibit the ATF or any government agency from sending millions of names to NICS — because they have PTSD, ADHD, Alzheimer’s, “anxiety,” or because a guardian processes their payments.

This is exactly what happened with Social Security Disability Insurance recipients under the Obama administration.

And, because of the Veterans Disarmament Act of 2007, there is no reason why, under “Son of ObamaCare,” the ATF could not troll the federal health database, or the expanded Medicaid rolls, or the lists of recipients of new entitlement funds — and send millions of names to the NICS gun ban list.

Given that “Son of ObamaCare” mandates that Americans maintain “continuous” insurance — or suffer a 30% government-mandated penalty — it is doubly important that these lists not be used to take our guns away.

Had they been allowed to do this, “gun insurance” could have quickly become so prohibitively expensive that the Second Amendment would have been “insured” out of existence.

But (c)(4) is only applicable to plans “issued pursuant to or in accordance with (ObamaCare).”  Most of the insurance plans purchased under the “Son of ObamaCare” bill will not fall within that category.

So now that “Son of ObamaCare” repeals many of the restrictions on insurance companies, it is critical that those companies continue to be prohibited from discriminating against gun owners — and that prohibition needs to be unequivocal.

Obviously, such a requirement would amount to a de facto national gun registry. But the language prohibits the creation of federal gun registries.

Under “Son of ObamaCare,” it is certainly theoretically possible for an administration to require queries concerning gun ownership as a condition, for example, of being eligible for tax credits.

Anyone who thinks this is far-fetched should consider that one of Barack Obama’s 23 anti-gun executive actions was specifically aimed at trying to pressure doctors to ask about gun ownership and to enter this information into an ATF-accessible federal health database.

It needs to be made clear that doctors cannot be forced — or perhaps even allowed — to demand gun information and create such a registry.

The bottom line is that many conservatives have serious problems with “Son of ObamaCare” because it keeps virtually all of the essential elements of the original:  the mandate (now a 30% lapsed-insurance penalty), the subsidies (now a “refundable” tax credit that sends out checks to people with no tax liability), and the entitlements (now a “grandfathered” Medicaid expansion).

For our part, we will definitely oppose the bill unless it is amended to remove the anti-gun aspects.

So please urge your U.S. Representative to support moves to remove the anti-gun aspects from the “Son of ObamaCare” bill.