She doesn’t like your guns. Let’s stop her in her tracks. 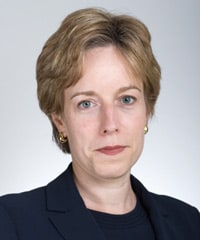 Senators on Capitol Hill are telling Gun Owners of America that Harry Reid is twisting arms to get support for one of the most anti-gun judicial nominees in recent memory.

Her name is Caitlin Halligan, and she has a long track record in favor of gun control.  In fact, one Senate Republican said that she is the most “anti-Second Amendment nominee Obama has ever put forward.”

As New York’s Solicitor General, Halligan was one of the chief lawyers responsible for New York’s baseless and politically motivated efforts to bankrupt gun manufacturers using frivolous litigation. In so doing, Halligan proved that she places liberal political activism above fealty to the law.

Halligan’s public hatred for firearms was only matched by her zealotry inside the courtroom. In a speech on May 5, 2003, Halligan called for “handgun manufacturers [to be held] liable for criminal acts committed with handguns.”

Certainly, no other manufacturer of another item — whether it be cars, baseball bats, or anything else — would be held liable for the criminal misuse of its product. And, as Halligan well knows, the application of that principle to firearms would surely eliminate the manufacture of firearms in America.

After attempts of legal extortion of the firearms industry were repudiated by a bipartisan vote in Congress, Halligan’s office did not let up on attacking gun rights, signing a legal brief calling for New York courts to declare the federal Gun Makers’ Protection Act unconstitutional.

Finally, Halligan, in written testimony submitted to the Senate in connection with her nomination, attempted to conceal the extent of her anti-gun animus.

Halligan’s failure to provide information that would clarify her statements, thus keeping her testimony from being misleading, constitutes “fraud” against the Senate. As such, the only role she should play in the D.C. Circuit Court of Appeals is the role of a defendant.

But, of course, none of this matters to Harry Reid. He and President Obama are doing what they can to pack the Appeals Courts with radical leftists.

We have to stop this Reid/Obama court-packing scheme. Please act now, as Reid is pushing hard for a vote on Halligan’s nomination.

ACTION:  Click here to contact and demand that your U.S. Senators oppose the Caitlin Halligan nomination to the DC Court of Appeals and support ANY and ALL efforts to filibuster her nomination.