Smoke a Joint, Get an ObamaPass

The inmates are running the asylum, help us stop them.

Smoke a Joint, Get an ObamaPass
Sell a gun to someone who smokes a joint, get 20 years in jail
{flike} 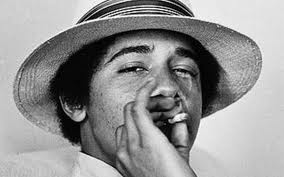 Everyone’s heard about the “red herring” Feinstein Gun Ban, which “red state Democrats” will vote down in order to pretend they’re “pro-gun.”
But the bigger danger is that Obama will sign “non-controversial” gun control which is just as dangerous, but no one but us is talking about.

Take the gun licensure bill which anti-gunners are trying to dub the “gun trafficking bill.”  In the Senate, the bill is S. 54, and was introduced by Judiciary Committee Chairman Pat Leahy (D-VT) — although it appears that it could have been drafted by an intern.

GOOFBALL PROVISION #1: The bill would impose a 20-year prison term if you planned (“conspired”) to purchase a firearm in order to give or raffle it to a person who, unbeknownst to you, is a “prohibited person.”

Who is a prohibited person?

Well, there are the 150,000 law-abiding veterans who are “prohibited persons” –- for no other reason than that a psychiatrist appointed a fiduciary to oversee their financial affairs.

But probably the biggest category of “prohibited persons” is persons who smoke marijuana.  Under 18 U.S.C. 922(d)(3) and (g)(3), you cannot possess a firearm in America if you are “an unlawful user of … any controlled substance…”

In over a dozen states, marijuana has been wholly or partly legalized under STATE law.

It doesn’t matter … if you even think about selling or raffling a gun to this expanding class of persons, you can go to prison for 20 years under S. 54.

GOOFBALL PROVISION #2: The bill would make you a federal “prohibited person” if you are prohibited from owning a gun under “State or local law.”
What does that even mean?

In places like New York and Chicago, everyone is prohibited from owning a firearm without a license.  Does that mean that everyone in these jurisdictions is a federal “prohibited person” under S. 54?

What if someone applies for a license and is found not to have a need to possess one?  Under the slip-shod language of the Leahy bill, these individuals would probably become federal “prohibited persons” because the bill denies any person from owning a firearm if they are “prohibited by STATE OR LOCAL LAW from possessing, receiving, selling, shipping, transporting, transferring, or otherwise disposing of the firearm or ammunition.” (S. 54, Section 5.)

Oh, incidentally, under the Veterans Disarmament Act, states are required to send the names of 95% of their prohibited persons to the FBI’s NICS system -– or lose federal funding.

So now you will have millions of law-abiding citizens — living in places like New York City and Chicago — who have their names placed in the NICS system.  And the Leahy bill doesn’t address some very important questions related to their status as gun owners.

How will these banned citizens get their names cleared? The federal government has for years continued enforcing the Schumer amendment which defunds the ability of the ATF to restore the rights of non-violent prohibited persons. Will New Yorkers and Chicagoans get their gun rights restored after they move away from the localities that banned them from owning guns and which turned them into prohibited persons?

Again, the bill doesn’t say.  But we could expect that a few years from now, a future anti-gun President could use the language in S. 54 to impose a federal licensure requirement on these persons — as part of a new 23-point Executive Action memo — and make non-licensees federal prohibited persons (with all that that implies).

Maybe –- just maybe -– the courts would save us from the implications of Leahy’s goofball language.

But answer us this:  Why do anti-gun senators and representatives continue to push language which they know is fatally flawed –- just so they can say they “broke the back of the gun lobby”?

The solution is clear:  Senators –- if they are pro-gun -– MUST vote against a “motion to proceed” to any of this goofball legislation.  That is, they must vote to keep ALL gun control from even being considered on the Senate floor.

NC: Woke “Gun Safety” Zealots Will Stop at Nothing to Infringe Your Rights!