Please call and email Representatives Powell and Clark using the information listed below.  Demand that they schedule an immediate vote on HB 156, a permitless carry bill that will let you carry concealed without asking permission or being registered like a sex offender.

Please act within the next five minutes or Constitutional Carry for Georgia could go down in flames in 2017.

As of this moment, Chairman Alan Powell and Subcommittee Chairman Heath Clark are refusing to allow a vote on Constitutional Carry. 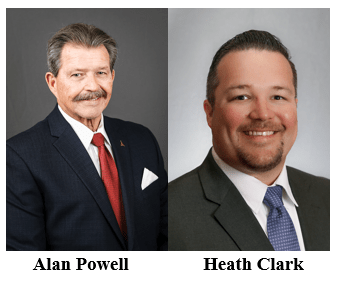 You can also email Alan Powell at [email protected]

Tell him to stop stonewalling gun owners, and instead, bring HB 156 up for a vote AT ONCE:

Despite thousands of calls and emails from grassroots gun owners like you, Chairman of Public Safety and Homeland Security, Powell, and his Subcommittee 2A Chairman, Heath Clark, are flat-out refusing to hold a vote on Constitutional Carry.

Unless they take action before this Friday, it’s clear they’re doing everything in their power to kill Constitutional Carry.

Under the General Assembly’s rules, if Constitutional Carry isn’t voted on by March 3 (Crossover Day), it will be dead for 2017.

That’s how Powell and Clark have been plotting to kill Constitutional Carry.  They’re planning to run out the clock.

With Bloomberg’s lackeys like Moms Demand Action crawling all over the Capitol, it looks like Powell and Clark are giving in to them.

Don’t let them get away with this sneak attack.

Tell them they can’t get away with killing Constitutional Carry.  Tell them to schedule an IMMEDIATE, recorded vote on HB 156.

Call them.  Email them.  Tell them you are on to them.  Unless they schedule a recorded vote on HB 156 by March 3, Constitutional Carry will be defeated.  Don’t let them get away with snatching your gun rights.

— Pre-written language for Powell and Clark —

Gun Owners of America tells me that you are the one who is refusing to allow a vote on HB 156.

I find this outrageous!

I insist that you schedule an IMMEDIATE, recorded vote on this important permitless carry bill.

Just recently, New Hampshire became the 13th state to adopt a Constitutional Carry law, where law-abiding residents can carry firearms without getting permission or being registered like sex offenders.

Why shouldn’t Georgia get its chance on a similar bill?

While concealed carry is an important issue for many people, Constitutional Carry is a top priority for the more than 1.5 million Americans that Gun Owners of America represents.

Concealed carry holders are the safest segment of our society, and they commit crimes at a lower rate than police or the average member of the public. See p. 15 of the report here:   http://bit.ly/2lCsPED

Constitutional Carry has widespread support across the state of Georgia, and I urge you to schedule an IMMEDIATE vote on HB 156.