Click on the Take Action button to urge your U.S. Congressman and Senators to cosponsor H.J.Res 40 and S.J.Res. 14 respectively — two resolutions that were introduced this week to overturn Barack Obama’s Social Security gun ban.

Obama’s Social Security Gun Ban is on the Chopping Block!

As a senior citizen myself … and as one who owns several firearms that I want to pass on as an inheritance to my children one day … this legislation is very important to me.

But first, a little background. 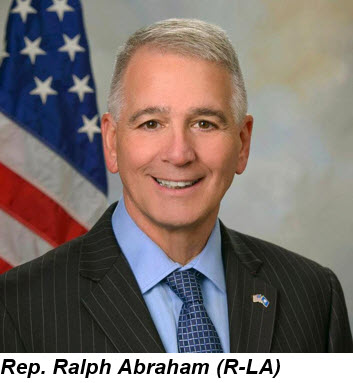 As he was going out the door, Barack Obama made one final obscene gesture to the Second Amendment community.

That gesture consisted of a rule which would troll the Social Security rolls and identify recipients whose checks were processed by a guardian.

Once these people were identified, their names would be inputted into the NICS system, and their guns would be taken away.

If you want to see how ruinous this policy will be to seniors, look at the over one hundred thousand veterans who have been stripped of their Second Amendment rights under a similar procedure through the Department of Veterans Affairs. This ruling is yet another attempt to hurt gun owners and bypass due process. Our seniors deserve better than that.

In places like New York and California, with their gun confiscation programs, SWAT teams could be sent to the homes of Social Security recipients who were identified under the Obama rule.

Our experience is that most gun owners don’t have $10-20,000 lying around to hire a lawyer and appeal the ruling.

This process was promulgated pursuant to the “NICS Improvement Amendments Act of 2007” — which is also known as the “Veterans Disarmament Act”.

Gun Owners of America opposed that bill because, as we predicted, it would legitimize gun bans against veterans, and would soon be applied to Social Security, Medicare, and Medicaid recipients as well.

Tragically, that prediction has now come to pass.

And, because it is being passed under a special procedure (called the Congressional Review Act), they will be considered under special parliamentary rules and cannot be filibustered in the Senate.

Thus, they will need only a majority vote in the Senate and the House, and President Donald Trump is sure to sign.

It will send a strong message if we can get a large number of cosponsors on this resolution.

P.S. Contact your Representative as well as your two U.S. Senators, and urge them to cosponsor efforts to overturn Barack Obama’s Social Security gun ban (H.J.Res. 40 and S.J.Res. 14).