A Special Message from Steve Daines

In Washington, nothing moves unless it’s pushed.

For example, Obama is pushing past the boundaries of the Constitution to erase our gun rights.

Congress must push back. 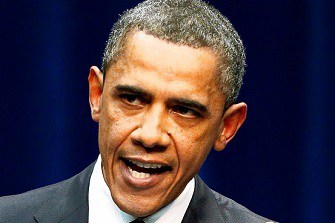 That’s why I need your help to give my colleagues a shove in the back.

Could you please take a moment to go here and chip in $20 or more to Gun Owners of America’s efforts to overturn Obama’s Executive Orders?

With your best gift today, GOA can turn up the heat on Congress and extinguish Obama’s gun-grabbing scheme.

It doesn’t matter what you think of guns– the President cannot make up his own laws.

But there is immense pressure on Republicans to do nothing and simply let Obama have his way.

The “political class” here is telling members of Congress that if they do nothing, no one will be mad at them and they can coast to re-election.

A tidal wave of input from patriots like you will prove the “political class” wrong.

Americans won’t tolerate a tyrant who thinks he can issue decrees stripping us of our rights.

The Second Amendment protects a fundamental right. Under no circumstances may the government take any action that disarms any peaceable person without due process of law — especially not by an executive declaration that bypasses a vote of Congress and the voice of the American people.

Please, take just a moment to go here and chip in $20 or more to fund GOA’s grassroots campaign to overturn Obama’s Executive Orders.

Barack Obama has ripped apart the Constitution and is now making up his own rules. He’s stripping law abiding Americans of their constitutional rights without due process of law.

It’s time to hold Obama accountable, but the “political class” in D.C. is telling Republicans to do nothing.

With your best gift today, GOA can turn up the heat on Congress and stop Obama’s gun-grabbing scheme.