Written by Gun Owners of America Published: 23 May 2012

Ted Cruz is a warrior for the Second Amendment.

Other politicians talk the talk, but Ted has led the fight to defend the individual right to keep and bear arms.

GOA is proud to endorse Ted Cruz for Senate in the Republican primary in Texas.  Ted is a proven leader and a fighter who will represent gun owners not only in Texas, but also across the country. 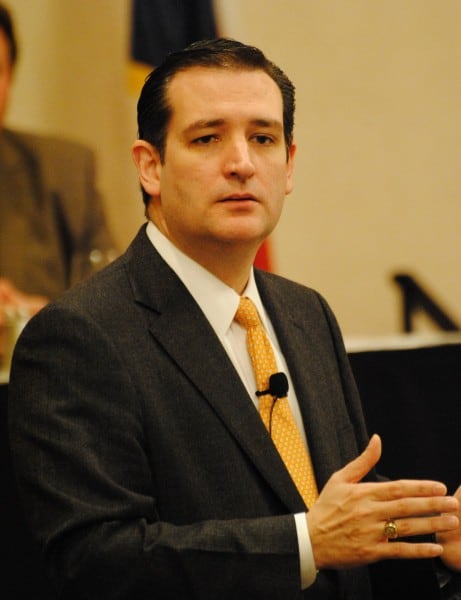 Mr. Cruz played a leading role in winning landmark victories at the U.S. Supreme Court protecting our rights, and he’s been an outspoken critic of the Fast and Furious debacle, leading the call for Eric Holder’s resignation or impeachment.

Our gun rights are in jeopardy – President Obama is the most radical, anti-gun president in history – and we need a champion in the Senate to combat activist judicial nominees and to aggressively oppose any international, anti-gun treaties put forward by the UN.

There are problems in the Senate as well, which is why a major priority for GOA this year is to take the gavel out of the hands of Senate Majority Leader Harry Reid – a man who has done everything in his power to kill good gun bills and to help Obama get his radical nominees confirmed.

But we also know that it’s not enough just to elect Republicans.  We need to elect people who actually have read and understand the Constitution and the role of limited government.

Ted Cruz will lead the fight to protect the Second Amendment, and every gun owner in Texas, and every lover of liberty across the country, should rally behind his campaign.

Of course, if you live in Texas, vote for Ted Cruz in the Republican primary next Tuesday, May 29.

And let’s help Ted have the resources to stay on the air right up to Election Day.  Visit http://www.tedcruz.org/ to make a contribution today.

Ted Cruz is not the kind of person who will come to Washington and join the cocktail circuit.  He understands that this country is in real trouble and needs real leadership.  You can go to http://www.tedcruz.org/ to help Ted out with a contribution or to learn more about this race.

Not a member of GOA?  Click here to join.