The Nation’s Self Defense Laws on Trial in Florida

It wasn’t the first time that virulently anti-gun New York Mayor Michael Bloomberg tried to pick the bones of a national tragedy for political advantage.

It wasn’t the first time that virulently anti-gun New York Mayor Michael Bloomberg tried to pick the bones of a national tragedy for political advantage.

But pick he did.

And now every anti-gun zealot in is trying to use the Trayvon Martin incident to repeal pro-gun laws, such as ’s Stand Your Ground Law.

The New York Times, always a toady for anti-gun causes — put it this way:

“As the [George Zimmerman] case proceeds, the Stand Your Ground law should be on trial as well.  It has invited gun owners to flirt with vigilantism…”

In other words, anti-gun zealots would take us back the “bad ol’ days” in 2003 — when a 78 year-old man was taken through the wringer by the legal system because he shot a man breaking into his trailer.

Or a 71 year-old-man was almost destroyed by the legal system because he used a gun to defend his 63 year-old friend against thugs who were trying to rob him.

In fact, in the four years for which we have statistics since the Stand Your Ground law was passed in , homicides have dropped by 16.1%.

This is faster than the national average.

This means that many — perhaps hundreds — of Floridians are alive today because criminals have had to pause before robbing or killing them.

And, in most cases, they have had to pause not because a victim pulled a gun, but because the killer didn’t know whether or not the victim had a gun.

But make no mistake about it: will be the test case to see whether anti-gunners can use the threats of riots and lynching’s to force repeal of ’s pro-gun laws.

We have to stop their threats in . 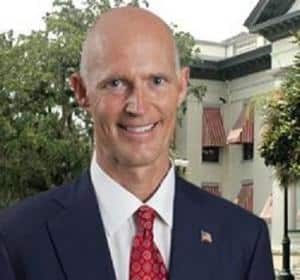 And we need to do this by getting Governor Rick Scott to agree to veto efforts to repeal ’s Stand Your Ground law.

Because, if we don’t the anti-gun laws — the threats of riots — the vigilante justice — may soon be coming to a state near you.

I hope you will take a minute to sign your Gun Owners of America petition to Gov. Scott urging him not to repeal laws that protect your right to self-defense.  No one knows exactly what happened in the Trayvon Martin incident – and we may never know.  But the fact is that your gun rights will be on trial in the courtroom in that case.

That’s why it’s important that gun owners from across the country make their voices hear loud and clear.

Click here to sign a petition to Florida Governor Rick Scott urging him to reject efforts to gut the right of citizens to protect themselves.

And then please make the most generous contribution you can afford to Gun Owners of America so that we can engage as many gun owners as possible in the fight.

The anti-gun lobby has billionaires like Michael Bloomberg and George Soros to fund their battles.  And believe me, they truly believe they have an opportunity to repeal Castle Doctrine and Stand Your Ground laws in many states, and they are even pushing to repeal concealed carry laws.

The billionaire club will stop at nothing to push their anti-self-defense agenda.  After all, what do they care about your gun rights?  They can afford as many armed security guards as they want.

But we have something the other side does not have: millions upon millions of grassroots gun owners who will let the politicians know that they will be voted right out of office if they dare to undermine our sacred right of self-defense.