Sellout is worse than the Feinstein gun ban!

Urgent action required. It is urgent that every gun owner call their Senators today and demand that they oppose the “See a Shrink, Lose your Guns” sell-out bill that is being authored by Senators Pat Toomey (R) and Joe Manchin (D) – but which also has Chuck Schumer’s fingerprints all over it. Call immediately at 202-224-3121.

See a Shrink, Lose your Guns. The anti-gun “ranters” have spent the last week telling us that Republican Senators can’t filibuster Harry Reid’s gun control bill; that they can’t cut off debate to a bill they haven’t seen yet. “Let the bill come up,” they say. “We need to see the bill” before Senators can vote against cloture to proceed to it.

Well, we’ve seen the Toomey-Manchin-Schumer sell-out, and it’s worse than the Feinstein gun ban, which will reportedly be tied to it and offered simultaneously in a Senate procedure known as an “amendment tree.” 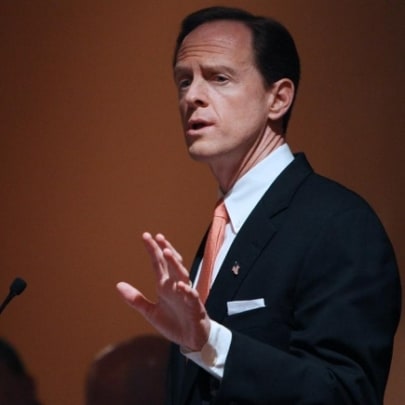 Toomey and Manchin will claim that their bill only covers “gun show sales” and Internet sales. But if you’ve ever talked about your gun and /or let it be known you’d like to sell or buy a gun on the Internet, this language covers you. If you advertise your gun in the church bulletin and the bulletin is put on the Internet, you’re covered.

The only exemption is for sales that are sold exclusively by word of mouth. The increased number of background checks would likely exacerbate the system breakdowns (inherent to NICS) which have shut down gun shows over and over again. It would mean that Americans who were illegally denied firearms because their names were similar to other people’s would effectively be barred from owning a gun. (We would never tolerate such delays for voting rights or other freedoms that we are guaranteed.)

And for those Republicans who think they’re going to be able to offer their useless amendments, guess what? Reid is reportedly going to use a procedure to block out all amendments (called an “amendment tree”). And there are plenty of Senators standing in line to make sure that the Senate doesn’t give “unanimous consent” to let those Republicans offer their amendments.

So if you live in a rural area, you’re effectively barred from selling or buying a gun – or it at least becomes very, very difficult.

Incidentally, the Toomey-Manchin-Schumer “national registry” language is full of holes. There will be a national gun registry as a result of this sell-out.

But that’s not the worst part. Under an amendment in the bill to HIPAA (Health Insurance Portability and Accountability Act), you could have your guns taken away because your private shrink thinks you’re “dangerous” and could send your name directly to the FBI Instant Check system.

Did you think it was terrible that 150,000 military veterans had been added into the NICS system because they’d seen a VA shrink about their PTSD? Well guess what? Now it’s going to happen to the rest of the population … by the millions!

And the next step, of course, will be to begin to sue psychiatrists that don’t send every single patient’s name to the Instant Check system, and to make sure that their lives are ruined if they don’t send a patient to NICS and anything goes wrong.

The bottom line: “See a shrink; lose your guns.”

All of this will reportedly be on an amendment tree with the Feinstein gun ban and magazine bans.

Repeal of gun owner protections. In addition, Toomey no doubt unintentionally agreed to repeal one of the most important protections for gun owners that was included in the 1986 McClure-Volkmer Act – the provision that would allow you to take an unloaded, locked-up gun through states like New York without being stopped. Under a new subsection (c), the Toomey-Manchin-Schumer bill would require you to “demonstrate” to the satisfaction of New York police where you were coming from and where you are going to. And, if you don’t do that to their satisfaction, they can arrest you.

Please keep in mind, nothing in this bill would have stopped Newtown dirtbag from killing his mother and taking the firearms that she owned and perpetrating the horrible crimes that he committed.

Nothing is this bill would actually make children safer at schools. There is nothing that will actually keep bad guys from stealing or illegally acquiring guns, but there’s plenty that will threaten our gun rights!

ACTION: Contact your two senators immediately. Tell them the “see a shrink; lose your guns” sellout is even worse than the Feinstein gun ban which will reportedly be on the same amendment tree with it. Distribute this alert far and wide.

Time is short, so if you call – at 202-224-3121 – you may click below to see the pre-written letter and use the contents to help direct your comments.

Guns: The Left's True Aim, and How to Thwart It