It’s time for Congressmen to get off the pot

It’s time for Congressmen to get off the pot

GOA has been issuing multiple alerts recently because of the imminent danger that is facing us – as the Senate will soon be taking up gun control legislation.

Much of the focus has been on the Senate. But if anyone thinks that the House – and specifically Speaker John Boehner – is our fail-safe to killing gun control in the Congress, they had better think again.

Speaking on Meet the Press on March 10, Speaker Boehner said that he has “made clear if the Senate acts on gun control legislation, the House will consider it.” 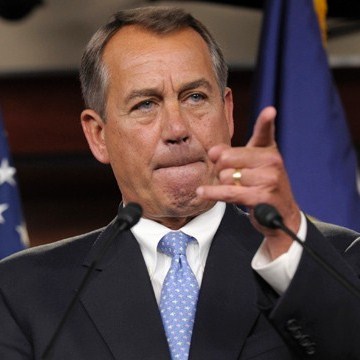 Quite simply, that means that House Speaker John Boehner will allow the House to consider votes on gun control legislation.

Not only that, in an article entitled “House GOP Leaders: We can pass gun control, immigration, without Republican support,” Breitbart.com reported that on issues like guns, Speaker Boehner was open to “taking rogue Republicans across the aisle to work with Democrats.” The House leadership quickly backtracked from this position once the Breitbart article was published.

Regardless, this just underscores how we can’t forget about the House, and how we need to keep the pressure on congressmen – especially the Republicans.

Sadly, at a time when the House leadership announces that they support universal gun registry legislation – only to quickly backtrack – we get nothing but excuses, excuses, excuses about why many GOP congressmen have not signed onto the Stockman-Broun letter.

Representatives Steve Stockman (R-TX) and Paul Broun (R-GA) are doing a bang-up job in the House. They are two of the most active leaders working to defeat gun control in Congress.

And to that end, the Stockman-Broun letter uses precedent to call upon Speaker Boehner to reject all gun control legislation unless it has the support of 117 Republicans. This is called the “Hastert Rule.” And, if Boehner follows it, virtually no gun control can come to the floor of the House. Virtually none.

So far, more than 25 pro-gun Representatives have signed onto the Stockman-Broun letter – and they should be thanked. But there should be lots more.

It’s very frustrating, however, when we have asked pro-gun Congressmen to sign onto the Stockman-Broun letter to tell Speaker Boehner NOT to bring up gun control, but we hear all kinds of excuses as to why they can’t.

Here are the types of excuses that GOA is getting as to why congressmen won’t sign onto the letter, and our answers to their lame excuses:

[readon2 url=”http://www.gunowners.org/congress04012013.htm”]Click here to see the list of Republican congressmen who SHOULD BE on the Stockman-Broun letter, but are not.[/readon2]

ACTION: If your congressman has NOT cosigned the Stockman-Broun letter, then please contact him or her immediately. Demand that your Representative sign the letter invoking the Hastert Rule to kill gun control in the House.