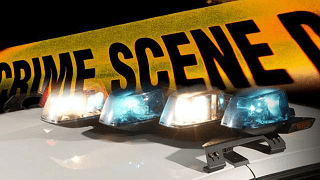 Democrats want calm discussion about gun control. They want to have a national talk about how to stop massacres like Las Vegas, or Orlando, or Aurora, or Sandy Hook, or any of the other mass shooting we’ve seen in the past decade.

It’s always the same discussion, and they always have the same answer: ban all guns. For some reason, the pesky Second Amendment gives the left–which wants America to be just like Europe and other countries where rights exist because the government grants them–dyspeptic heartburn.

But we’ve had this discussion. We’ve had it calmly, without the shrill impetuousness and raw emotion, for decades. Some states, like New Jersey, New York, and Illinois, make gun ownership a chore. In Illinois, there’s a 72-hour waiting period to buy a handgun, and 24 hours for a rifle of shotgun. Gun owners must have a Firearm Owners Identification Card, issued by the Illinois State Police.

Concealed carry permits are not of the “must issue” sort in Illinois. Applicants must be 21 years old, pass a 16-hour training course, and the issue of said license can be blocked by any law enforcement agency. In private clubs this is called “blackballing.” Yes, there’s a board of review, but it’s appointed by the state, so who do you think they’re going to side with?

There is practically no open carry in Illinois, and reciprocity with other states is limited. To even bring a gun into the state without a permit, it must be unloaded, enclosed in a case, and inaccessible or non-functioning.