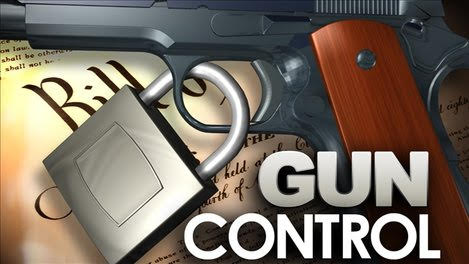 Gun grabbers will try anything to limit our constitutionally protected right to keep and bear arms. While we appear to be taking back ground lost in previous decades–usually with data to prove that new laws have done nothing to make us any safer–there are a handful of laws in place that are particularly stupid.

Today, let’s take a look at those laws and just why they need to be killed.

What this is not is an in-depth, legalese description of these laws, just a brief overview. I am not an attorney, after all.

This was something tacked on to an otherwise pro-gun bill during the Reagan Era. Even if you’re unfamiliar with the name, if you’re a gun nut, you’re familiar with the ramifications of this bit of legislation. You see, this is the reason the machine gun market is what it is. This law banned machine guns manufactured after 1986 to go to private hands.

All this law did was assign an arbitrary cut-off date that had nothing to do with anything in and of itself. There was no indication that guns manufactured after that date would be more deadly (they aren’t), nor that legally held weapons were being used in crimes (they weren’t). Instead, it was a petulant child of a politician who tried to throw in a poison pill into a pro-gun law.

And it backfired on pretty much everyone.

2. Suppressor Regulation via The National Firearms Act of 1934

However, in the anti-gun hysteria surrounding gangland violence during Prohibition, suppressors were seen as the Boogeyman’s favorite took of choice. After all, a suppressor would allow him to kill in absolute silence.

Unfortunately for all of us, suppressors aren’t the silencers of Hollywood. They’re not even silencers. Instead, they’re mufflers for the end of your gun so you can shoot without needing ear plugs or muffs.

Further, in the gun-restricted Utopia of Europe, many gun grabbers seek to emulate, those who are blessed to own firearms in some countries are required to use suppressors. Apparently, the one thing Europeans get right on guns are the benefits of suppressors.