During an appearance Sunday on This Week with George Stephanopoulos, Virginia Beach police chief James Cervera made clear no gun law would have prevented Friday’s shooting that killed 12.

Stephanopoulos asked Cervera if “we need more restrictions” in light of the attack.

Cervera responded by talking about a gun-related paper he and other chiefs published a year ago, then observed, “But I don’t think most of that would have mattered in this case.” 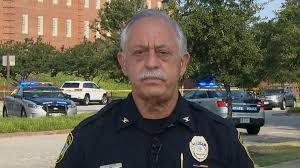 He added, “We do have the Second Amendment, it is very stringent for our country. In this particular case the weapons were obtained legally. Everything was done in a legal manner by this individual.”