Sometimes a pithy bumper sticker can say it all.

Twenty years ago, many gun owners silently protested the horrific events of June 4, 1989 with this simple adage: “China has gun control.”

To be more specific: China’s gun control applied to anyone outside of the military and the police — a truth that was pounded into the skulls of thousands of university students during what became known as the Tiananmen Square Massacre. The military government responded to student protesters in 1989 with gunfire and tanks, killing thousands of defenseless people. 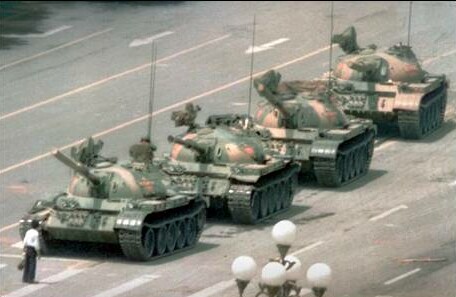 The brutality of that day caused one Chinese professor to begin questioning his hope in “science and democracy.” That professor, Hong Yujian, is now a Christian pastor in Vancouver, Canada.

Before his conversion, however, Yujian wanted to understand what it was that had made the American dream work. So he studied America’s founding documents and was struck by phrases like “all men are created equal … they are endowed by their Creator with certain unalienable rights.”

Wow, what a revelation! Our rights come from God. Isn’t it amazing that former communists understand this, but our intellectual elites are trying hard to forget it?

Take Sonia Sotomayor, the justice who has been nominated by President Obama to take the place of retiring Justice David Souter on the U.S. Supreme Court. Judge Sotomayor has rejected the notion that our rights come from God. In United States v. Sanchez-Villar (2004), she stated that “the right to possess a gun is clearly not a fundamental right.”

That’s not what our Founding Fathers believed. They understood that our rights come from God, and as such, are unalienable. In other words, no government official — or judge — can take them away or restrict them in any way. The Second Amendment even captures this sentiment by stating the right to keep and bear arms “shall not be infringed.”

Elbridge Gerry, who was a delegate to the Constitutional Convention and one of the first U.S. Congressmen, agreed that our rights were non-negotiable. He said that “Self defense is a primary law of nature, which no subsequent law of society can abolish;  the immediate gift of the Creator,  obliges everyone … to resist the first approaches of tyranny.”

Gerry rightly believed that no law could justifiably abolish our rights. But when judges like Sotomayor start deciding which rights we have or don’t have, then all of our rights are in jeopardy.

This was certainly the case in China where for decades — even centuries — they have not respected the people’s right to keep and bear arms … or their other rights for that matter. If you are a student today in China, you will not read about the Tiananmen Square Massacre in your textbooks or hear about it from your teachers or find articles about it on the Internet. It’s all been blocked and expunged by the government filters.

It’s interesting that tyrants don’t like the freedoms that we protect in the First and Second Amendments of the Bill of Rights. In our U.S. Congress, the very politicians who hate the Second Amendment are the ones who have tended to support laws like the McCain-Feingold law (which punishes people, under certain circumstances, for merely criticizing elected officials) and a reincarnation of the UnFairness Doctrine (which would punish broadcast stations for having “too much” conservative talk radio).

We either work to protect our right to defend ourselves or, eventually, we will even lose our right to protest the infringements that are taking place.

Thankfully, the resistance has already started. At least 35 states have introduced Tenth Amendment resolutions in recent months, putting the federal government on notice that it has far exceeded its constitutional powers.

This is not just a Republican revolution … it is a bipartisan movement of legislators (and citizens) across the country who are fed up with a government that keeps taking away more and more of our freedoms.

And while these Tenth Amendment resolutions are a welcome first step, some states are now looking to veto (or get around) unconstitutional federal laws. More than a dozen states have rejected the federal REAL ID Act — which establishes the equivalent of a National ID card.

And Montana has just enacted a law that could invalidate most federal gun control laws inside the state. According to the statute, any gun made in the state is exempt from federal regulations.

On June 4, you can expect to see rallies in our nation’s capital to protest the Tiananmen Square Massacre on its 20-year anniversary. And that’s a good thing.

But if Washington doesn’t change course and stop infringing upon American rights, such protests will be less than mouse squeaks compared to the firestorm that will erupt across this great land.