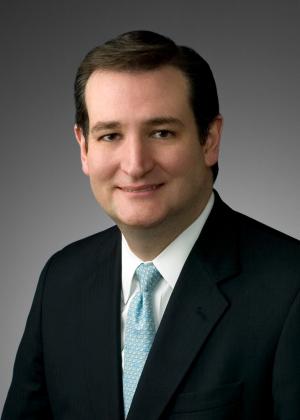 The Texas U.S. Senate Race
It Really Boils Down to Supreme Court Nominees

The Texas U.S. Senate Race
It Really Boils Down to Supreme Court Nominees

Gun Owners of America has endorsed Ted Cruz for U.S. Senate over Texas Lt. Governor David Dewhurst, and we’re doing all we can to help Cruz win.

There are many reasons why we are Cruz “fans,” but the biggest and most important boils down to the next couple of U.S. Supreme Court nominees.

’s Constitution and all of our freedoms cannot afford a single misstep when the next Supreme Court appointment is made by either President Obama or new President Mitt Romney. Chief Justice Roberts just showed us even the current Court can go either way on critical issues such as Obamacare. A “left-leaning” new appointment could spell disaster for the nation.

Ted Cruz has litigated in front of the U.S. Supreme Court . . . and won on more than one issue. He has proven he is not intimidated by black robes or politicians when he is fighting for our nation. Cruz will not stand by as part of the U.S. Senate “club” and vote to confirm bad judges like Sonya Sotomayor or Elena Kagan. He knows just how critical the next few appointments are to our nation and I believe he will stand with conservative heroes like Senators Jim DeMint, Mike Lee and Rand Paul to block any more left-wing radicals like the two newest members mentioned above.

What’s more, Cruz will be rock solid in protecting us on issues such as giving up our God-given right to self-protection. Barack Obama and Hillary Clinton are trying to give away American freedoms to the United Nations on issues like the current Arms Trade Treaty (ATT), which must be ratified by the Senate. On this issue, I believe Cruz will be a leader, not just another vote against the ATT.

Cruz’s opponent may be a nice guy and lots of people like him, but his history is that of the typical “go-along-to-get-along” establishment Republican. AND THAT IS EXACTLY WHY HE IS THE WRONG PERSON TO ELECT TO THE SENATE!

It takes a lot of backbone to stand strong when the pressure is being applied by Republican or Democrat leadership in the Congress, and especially in the Senate. I don’t believe Dewhurst has the proverbial “cajones” to handle the pressure. And we can’t afford to find out when it’s too late.

Paid for by Gun Owners of .  Not authorized by any candidate or candidate’s committee.