Victory in the NH Senate — for the time being

Thank you for all your hard work over the past several weeks.  We have great news from Concord to share with you.

But before we talk about what happened on Thursday, let’s first review the bidding. 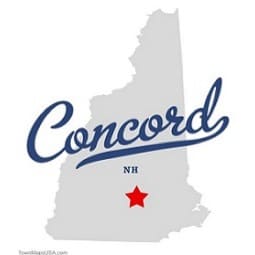 Senate Bill 244 was introduced by an anti-gun Democrat and, as introduced, would have imposed gun bans on large classes of Granite Staters: like police and firemen with PTSD; or adults, who as kids, were diagnosed with Attention Deficit and Hyperactivity Disorder; or seniors with Alzheimer’s, many of whom have very large and valuable gun collections which they would like to pass on to their children.

With the approval of many of our Second Amendment friends, the Senate committee struck the outright ban, but substituted a study committee — with a slight but significant anti-gun majority — to study what gun bans to impose.  As a result, GOA opposed the committee-reported version.

On Thursday, under withering pressure from gun owners like you, the whole Senate struck the study committee from the bill — a big victory for the Second Amendment.

This left only one provision in the bill — a procedure to petition for restoration of your Second Amendment rights.

We believed — and still believe — this procedure has flaws. But just because the bill is a “nothing-burger,” it doesn’t mean that it’s anti-Second Amendment.  We have no problem with S.B. 244, as it finally passed the Senate.  Hence, there is no cause for us to continue opposing it.

We thank the Senate for listening to gun owners.

And yet there is a caveat:  The House, and its anti-gun leadership, has, in the past, taken gun-related bills and used them as vehicles for its anti-gun agenda.  We still have to watch very closely to make sure this doesn’t happen with S.B. 244.

But, if there is a time to celebrate and thank your legislators, it is now.  You took a difficult fight and achieved a hard-won victory.

ACTION: Contact your senator and, regardless of how he or she voted, tell them you’re glad the Senate body voted to kill the anti-gun study.

Simply identify your state senator, click on their email addresses and then copy-n-paste the appropriate message below.

I am glad to hear that S.B. 244 was stripped of the “anti-gun” study committee that was part of the bill which was reported to the full Senate.

This committee — which had a slight but significant anti-gun majority — would have been commissioned to study what gun bans to impose.  Hence, it would have been given a carte blanche to recommend virtually any gun control it saw fit

This is why Gun Owners of America opposed the committee-reported version of S.B. 244.

The Senate did the right thing in rebuffing that study committee.  I hope that you will remain vigilant to make sure the House, and its anti-gun leadership, does not take S.B. 244 and use it as a vehicle for its anti-gun agenda.

The White House is Defeating the U.S. Military