President Obama, Hillary Clinton, and the anti-gun left are doing everything they can to impose Washington, D.C. style politics on the states. 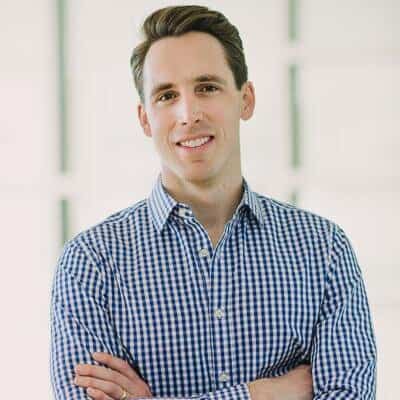 State Attorneys General are the frontline defenders against federal overreach.

That’s why it is critical for the states to fight back and elect leaders who will embrace the 10th Amendment and defend our way life from D.C. insiders.

Joshua Hawley is one of those leaders.

A native of Missouri and current law professor at the University of Missouri, Joshua Hawley is an experienced lawyer and legal expert, having argued cases before the U.S. Supreme Court and winning!

He is an expert in constitutional law, and he understands why supporting and defending the Second Amendment is so critical to keeping our nation free and prosperous.

This is the kind of bold stance we want all our elected leaders taking!

Joshua has filled out our detailed candidate questionnaire earning a perfect “A” rating, and he will continue as a no-compromise warrior for the U.S. Constitution.

As a gun owner and a hunter, Joshua Hawley doesn’t just talk-the-talk, he walks-the-walk when it comes to protecting your right to keep and bear arms.

Together we will send a clear message to Washington, D.C.: stay out of Missouri politics and keep your hands off of the Second Amendment!

So please take action to defend your gun rights.

Paid for by Gun Owners of America Political Victory Fund.