Constitutional Carry Will Soon be on its Way to the Governor! — Time to begin pressing Hassan to sign the bill

ACTION: By using this link, you send Governor Maggie Hassan a pre-written letter, urging her to sign Constitutional Carry into law!

Because the Senate passed a slightly different version of this bill (by a 14-9 vote) the discrepancies must soon be ironed out. Once that’s done, the bill will be sent to Governor Maggie Hassan.

Under this bill, Granite Staters will no longer be required to get government’s permission to exercise their Second Amendment rights to carry a firearm to protect themselves and their families. 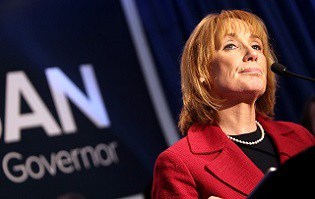 Unfortunately, Governor Maggie Hassan has indicated she plans to veto this bill. But that doesn’t mean we should let her off the hook.

If she’s going to veto it, then let her explain to THOUSANDS upon THOUSANDS of Granite Staters why she plans to veto legislation that is right in line with the Constitution she swore to uphold.

In doing so, we should remind her that:

1. There are already seven other states that allow for constitutional carry, and they are seven of the safest states in the country. One of those states is Alaska, which passed its Constitutional Carry law in 2003 and has seen its murder rate drop 20 percent in the ensuing 10 years (according to FBI statistics). Another one of those states is neighboring Vermont, which is frequently ranked as the Safest State in the Union!

2. The state police in the other neighboring state of Maine wholeheartedly support constitutional carry. In fact, over 90% of police nationwide support the principle of concealed carry for law-abiding citizens, according to a PoliceOne.com survey taken in 2013.

ACTION: By using this link, you send Governor Hassan a pre-written letter, urging her to sign SB 116.