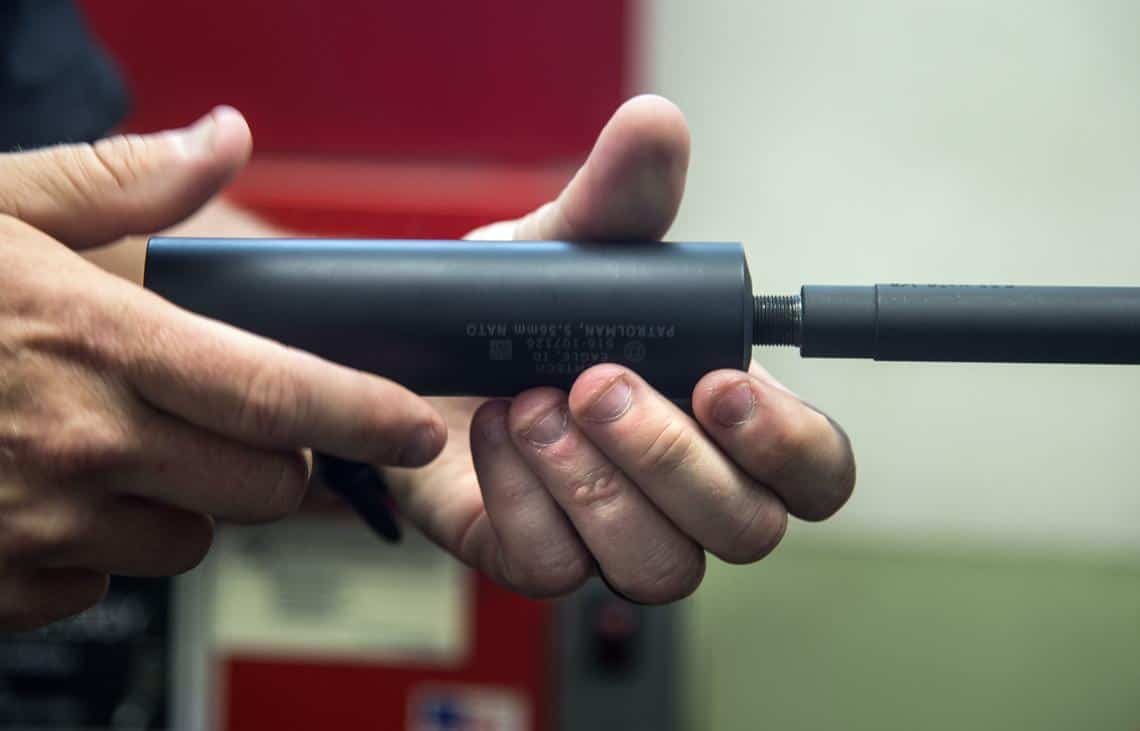 Rifles carried by Spokane police on patrol will soon be equipped with suppressors, a move the department says will protect officers and civilians from hearing damage.

“It’s nothing more than like the muffler you put on your car,” said Lt. Rob Boothe, the range master and lead firearms instructor for the department.

Outfitting the department’s 181 service rifles with suppressors will protect the city from the legal costs of worker’s compensation claims filed by officers, as well as from potential lawsuits filed by bystanders whose ears are exposed to firearm blasts. The sound of a fired shot can be louder than the takeoff of jet engines, the department says.

The $115,000 contract raised some eyebrows on the Spokane City Council, who signed off on the purchase last month after they say police satisfied concerns the devices would soften, not silence, a rifle’s report.

“I had a couple citizens contact me about why the police are using suppressed rifles,” City Council President Ben Stuckart said. “I thought it was appropriate to get information.”

Suppressors are sometimes interchangeably referred to as “silencers,” a remnant of early 20th-century advertising for the first device to muffle a gunshot’s blast.

Read More at The Spokesman-Review