SF0102 passed by a 22 to 8 vote and now moves to the Wyoming House of Representatives.

This Bill, if enacted into law, would make it illegal for state and local officials to enforce or cooperate with unconstitutional Federal gun control.

THIS IS A HUGE WIN FOR WYOMING FIREARMS FREEDOMS!

This bill has the support of the Wyoming Association of Sheriffs and Chiefs of Police, and these officials have made it clear they intend to prosecute criminals while respecting the Second Amendment Rights of law-abiding citizens.

This morning, Legislative Leaders and Gun Owners of America met with dozens of Wyoming Sheriffs and Police Chiefs during a Press Conference in a show of support for SF0102. 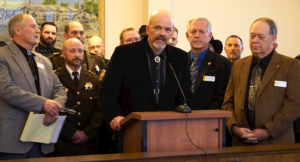 Today’s unprecedented show of unity and support gets Wyoming one step closer to finally having a Second Amendment Protection Act that can protect the citizens of the state from an over-reaching Federal Government.

We must guard against efforts to weaken or undermine SF0102, so as SF0102 moves to the Wyoming House, please contact your Representatives and encourage them to pass SF0102 without weakening amendments.

GOA welcomes any efforts to strengthen SAPA to withstand judicial scrutiny and protect Wyoming residents and their right to keep and bear arms.

We will provide regular updates about this important legislation and how you can help pass it into law to protect your Second Amendment rights!

In the meantime, please contact your Representatives and urge them to pass a strong Second Amendment Protection Act. 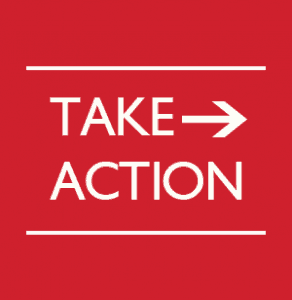 P.S. As mentioned in a previous alert, there has been a lot of misinformation spread about SF0102 and a similar Bill (SF87) that did not receive the necessary votes to make Senate introduction.

Bearing Arms has written an excellent explanation of this issue which can be accessed by clicking here.

Stop The Biden-Harris nominee for SCOTUS