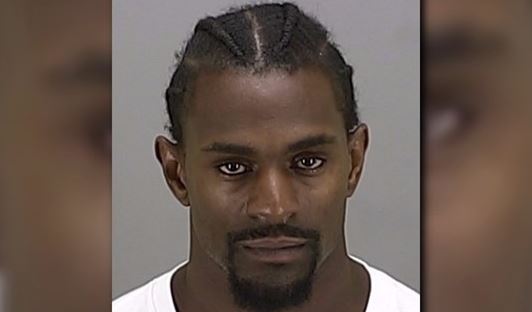 As an Akron, Ohio couple were sleeping a 38 year old man broke into their home. Their dogs began to bark, which rustled the pair, but before they could act their bedroom door swung open and there stood an ex con who had been convicted of attempted aggravated murder…

Quick thinking and the Second Amendment saved their lives. The 61 year old victim grabbed a gun, pointed it at the suspect, and held him in his sights while the 43 year old woman dialed 911. She then grabbed another gun and also held it on the suspect until police arrived.

The suspect, DeJuan McCraney, was convicted in 2001 of attempted aggravated murder and released from prison in 2010. According to Akron police, McCraney did not have a gun in his possession when he entered the victim’s bedroom. Police later found McCraney’s jacket lying on the couple’s sofa with a 9 mm handgun inside. The guns that the victim’s possessed were legal. The suspect’s gun was illegal. McCraney now faces charges of aggravated burglary and illegal weapons possession.