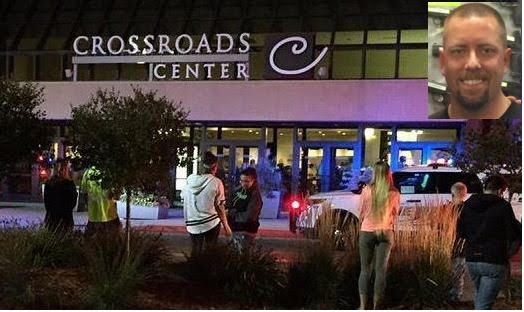 USPSA Shooter,  3-Gunner, and NRA-certified firearms instructor Jason Falconer has been identified as the man who shot and killed a 22-year-old Somali immigrant who went on a stabbing rampage inside a St. Cloud, (MN) Mall on Saturday.

The apparent terrorist—who apparently asked victims if they were Muslims before stabbing them—was engaged by Falconer inside the mall.

Falconer is the president and owner of Tactical Advantage LLC, a shooting range and tactical training facility with a strong focus on arming concealed carriers. He’s also a former chief of the Albany (MN) police department, and he remains a part-time officer

But Falconer has consistently been identified in the mainstream media only as as a “former police chief” and  “off-duty police officer.”

[Ed. Note:  And Breitbart News is reporting that the Minnesota mall where this mass stabbing occurred is a “gun free zone.” Breitbart says, “The mall–Crossroads Center–has a ‘Code of Conduct‘ that forbids ‘firearms or illegal weapons.’ …  [T]he attack was stopped by an off-duty officer who carried his gun with him, the “gun free” policy notwithstanding.”]

NY Bombing Suspect ‘Not on a U.S. Terror Watch List’