Young advocates for tighter U.S. gun controls have walked out of schools, filled city streets in rallies nationwide and pressured politicians since a February school massacre in Florida revived passions on both sides of America’s gun debate.

The new wave of gun-control advocates, many of them students, has vowed to keep pressing for gun control measures, and the advocates say they will be mobilizing for November’s mid-term elections to support politicians in their camp.

But public comments on President Donald Trump’s proposed ban on bump stocks may be indicative that the gun-rights lobby continues to be a well-financed organizational juggernaut while gun control advocates, at least so far, are barely raising their voices. 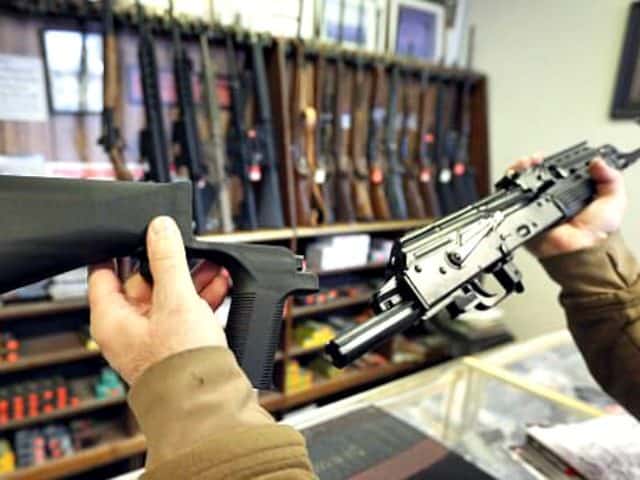 Of the more than 17,000 public comments received so far by the Bureau of Alcohol, Tobacco, Firearms and Explosives (ATF), a review by Reuters of 4,200 turned up only 10 favoring the bump stock ban. Almost all the rest criticized the proposal as heavy-handed, unnecessary or unconstitutional.

Bump stocks are devices that make a semi-automatic rifle shoot like a machine gun. One was used last year by a shooter to kill 58 people in Las Vegas.

In the long-running U.S. debate over firearms, well-organized gun-rights groups have managed to block initiatives to tighten gun controls, despite a string of recent mass shootings.

The public comment period on the bump-stock ban proposal expires on June 27. Gun-control advocates vowed to weigh in.

“We are rallying our members and we will be putting in a whole additional series of comments,” said Avery Gardiner, co-president of the Brady Campaign to Prevent Gun Violence, a Washington-based group dedicated to reducing gun deaths.

“The numbers will shift,” Gardiner said.

Rather than pursuing a bump-stock ban in Congress, Trump ordered Attorney General Jeff Sessions to rewrite an existing regulation to prohibit bump stocks by classifying weapons equipped with them as machine guns, sales of which are tightly restricted. If the ATF makes any missteps in the rulemaking process, it could be accused of arbitrary and capricious rulemaking.

Gun-rights advocates seem to be waging a coordinated campaign to flood the ATF with arguments against the bump-stock ban. Roughly 1,300 of the 4,200 comments reviewed appeared to be duplicates, suggesting the use of form letters, a common tactic used by Washington advocacy groups.

Gun Owners of America, a 1.5 million member pro-gun organization, has been among the most vocal opponents of the proposed ban and has galvanized supporters to weigh in.

Michael Hammond, the group’s legislative counsel, said his organization is already poised to sue if the proposed rule is adopted in its current form. He called the proposed rule “a lie” because, he said, bump stocks do not function the way a machine gun does, as defined under federal law.

The proposed rule, he added, “is not just arbitrary and capricious; it is illegal. You can’t just throw the statute in the toilet and do whatever you want to do.”

Gun control advocates said they are not enthusiastic about the administration’s approach to adopting a ban through regulation, rather than legislation.

“The best and clearest way to address this issue is to have a legislative fix. … That is what we have been advocating for since October. Obviously, that is not what has happened,” said Robin Lloyd, director of government affairs for Giffords, the gun control group founded by former U.S. Representative Gabby Giffords, who was shot in the head in 2011, and her husband, former astronaut Mark Kelly.

The National Rifle Association’s annual convention will get under way in Texas on Friday, with Trump and Vice President Mike Pence scheduled to speak. The powerful, pro-gun NRA has said it would only support a bump-stock ban if it were made by ATF regulation and not by congressional legislation.

A spokesperson from the NRA did not return repeated requests for comment. Reuters did not locate a formal comment letter from the NRA on the bump-stock ban among the thousands reviewed.