Pro-gun amendment passes in the House

An amendment in the U.S. House to repeal the gun ban on Army Corps of Engineers land, offered by Rep. Paul Gosar (R-AZ), passed on July 14 by a voice vote in the House of Representatives.

Under current law, guns are prohibited on Corps land even when gun possession is otherwise allowed by state law.  Rep. Gosar’s legislation would simply remove federal restrictions and allow for state law to govern firearms possession on Corps land.

“The ability to carry a firearm in case of an emergency is imperative,” Rep. Gosar said on the floor of the House. “This amendment … defunds a federal regulation by which the Army Corps of Engineers enforces, creates and authorizes its ban on self-defense firearms.” 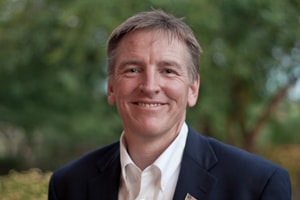 The Gosar amendment is modeled after the Recreational Lands Self-Defense Act (H.R. 1865) introduced by pro-gun Rep. Bob Gibbs (R-OH).  Gibbs introduced his bill in response to Army Corps of Engineers land not being made part of a 2009 law repealing a gun ban in national parks—something the Corps was quick to point out after that law took affect.

The Corps said, in a statement: “Public Law 111-024 does not apply to Corps projects or facilities . . . [and the Army Corps] will continue to prohibit loaded concealed weapons on Corps properties regardless of the new law and notwithstanding any contrary provisions of state law.”

The Gibbs’ bill (as well as the Gosar language) will reverse the Corps’ decision and remedy the “oversight” of the lands bill.

“The Recreational Lands Self-Defense Act is a bipartisan effort that seeks to correct this oversight and restore Second Amendment rights to law-abiding citizens while they are legally camping, hunting, and fishing on the 11.7 million acres of Army Corps recreational property,” Rep. Gibbs said. 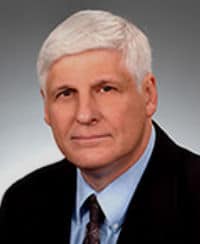 Nationally, the Army Corps of Engineers controls 400 lake and river projects, 90,000 campsites and 4,000 miles of trails.

If accepted by the Senate, the Gosar amendment will be effective for one year, while Gibbs’ bill would make the repeal permanent.  GOA is pushing to move that legislation to the floor for a vote.

GOA was the only national gun rights organization to support Reps. Gibbs and Gosar in the 2010 elections.  We knew they had no intention of coming to Washington to become part of the “establishment,” but would work to restore lost ground in the area of the Second Amendment.

Gun owners are encouraged to send a note of thanks to Rep. Gosar and Rep. Gibbs, even if you do not live in their districts.