Gun Owners of America sued the city in Pennsylvania state court last May. The recent ruling deals a blow to the city’s attempt to regulate “ghost guns” and is a “win for Philadelphia gun owners.”

Homemade firearm enthusiasts in the City of Brotherly Love were just handed a temporary victory. 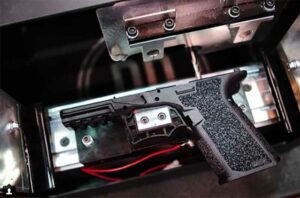 A judge with the Philadelphia County Court of Common Pleas issued a preliminary injunction against the city on Wednesday. The order halts enforcement of Philadelphia’s prohibition on making homemade firearms and the use of 3D printers to make guns and gun parts until the full case can be heard.

The ruling deals a blow to the city’s attempt to regulate “ghost guns”– its latest move in a push to pass local gun restrictions. The state of Pennsylvania has a firearm preemption statute that prohibits local governments from unilaterally enacting gun control. Philadelphia has had multiple local gun measures rejected in state courts for violating the state law over the years. Despite that fact, it continues to search for ways to evade the law.

Gun Owners of America (GOA) sued the city in Pennsylvania state court last May, challenging the legality of the ordinances under the preemption statute.

“It’s not that the Mayor and City Council don’t know they can’t pass these laws, it’s that they don’t care,” Andrew Austin, one of the attorneys representing the Plaintiffs, said in a statement at the time. “It’s more important for them to get a news headline by passing an illegal law than it is for them to actually help their citizens. It’s a real shame.”

The ordinances in question were signed into law by Philadelphia Mayor Jim Kenney (D.) in January of 2021. They prohibit anyone who is not federally licensed to manufacture firearms by using a 3D printer to create any gun, gun part. It also bans converting an unfinished frame or receiver into a completed firearm. Violators of the law would be subject to a fine, but repeat offenders could face up to 90 days in jail.

GOA rejected the city council’s claims in its suit and called the injunction against the law a win for Philadelphia gun owners.

“While it is unfortunate that GOA (once again) has been required to bring suit in order to protect the right to keep and bear arms in the ‘City of Brotherly Love,’” the organization said in a press release, “yesterday’s injunction is a victory for the City’s gun owners, who may now continue to exercise their constitutional rights to privately manufacture firearms for personal use, without fear of reprisal from the City of Philadelphia.”…

Read more at The ReLoad