Take Action below to EMAIL Senator Lisa Baker and tell her that you expect her to keep her promises to gun owners.

Pennsylvania Senate Judiciary Committee chairperson, Senator Lisa Baker (R-20), is going back on her previous promise to gun owners by holding hearings to consider gun control after the El Paso and Dayton atrocities. 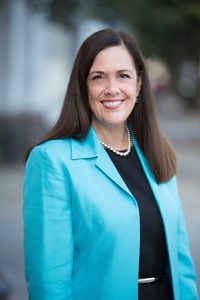 In an August 6, 2019 public statement, Senator Baker called these hearings a “prelude to action” and that they will examine “what can be constitutionally accomplished in respect to weapons and ammunition.” That sure sounds like gun control to me!

On May 6, 2019, Senator Baker promised me, elected officials and other grassroots activists assembled that she had “no plans” to take up gun control legislation.

But it is even worse! You see, Senator Baker voted to pass a gun seizure bill in the last legislative session. HB 2060 (now law) requires you to forfeit your Second Amendment rights within 24 hours of the issuance of a “star chamber” secret protective order against you.

Take action and let Senator Baker know that you will regard any anti-gun bills coming up for a vote in the Senate Judiciary Committee as an anti-gun action.

Let Senator Baker know that you expect her to keep her promises—and ask her to make a public statement that she will not consider ANY gun control legislation including “Red Flags,” expanded background checks, gun bans, and magazine capacity restrictions.