Act to Protect the Firearms Industry from Arbitrary Closure

HB 2440 (Kortz-D) was not ready for prime time when it was first introduced last week. 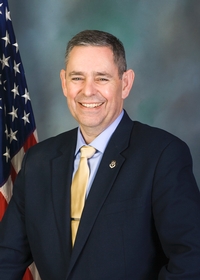 While the bill originally intended to reopen outdoor sportsman clubs, it was so poorly written that it actually imposed restrictions on gun ranges without ever stating they would reopen!

Gun Owners of America and other pro-gun groups worked to fix many of the previous problems in HB 2440 and had it amended in committee.

But, what emerged was less than desirable for gun owners as the bill would still subject outdoor sportsman clubs to the control of Governor Wolf, unaccountable bureaucrats at the CDC, and the PA Department of Health.

To address this, Representative Cris Dush (R-66) will be offering a floor amendment to HB 2440 that would make the entire firearms industry, retailers, and shooting ranges life-sustaining businesses.

The Dush Amendment would change the title of HB 2440  to the “Hunting, Firearm and Ammunition Life-Sustaining Business Act.”

Here is how the Dush Amendment reads:

Notwithstanding any law or regulation to the contrary now existing or enacted in the future, consistent with the inviolate rights enumerated by Article 1, Sections 21 and 25 of the Pennsylvania Constitution, shooting ranges, sportsman clubs, hunting facilities, and firearm or ammunition product manufacturers, retailers, importers, and distributors, inclusive of their employees and agents, shall always constitute life-sustaining businesses in the Commonwealth, which shall never be shuttered or limited in their ability to produce, provide, sell, or otherwise offer firearms, ammunition, firearm accessories, component parts of firearms, ammunition, and firearm accessories, and all services, training, safety, and practice related to firearms and hunting.

The Dush Amendment would protect the entire firearms industry and shooting ranges from arbitrary closure during a state of emergency — a time when you need them the most.

It will also bring Pennsylvania in line with the Department of Homeland Security’s Essential Critical Infrastructure guidelines which considers the whole firearms industry essential.

So, please take a moment to send a message (see above) to your state representative to vote for the Dush Amendment and then pass HB 2440.