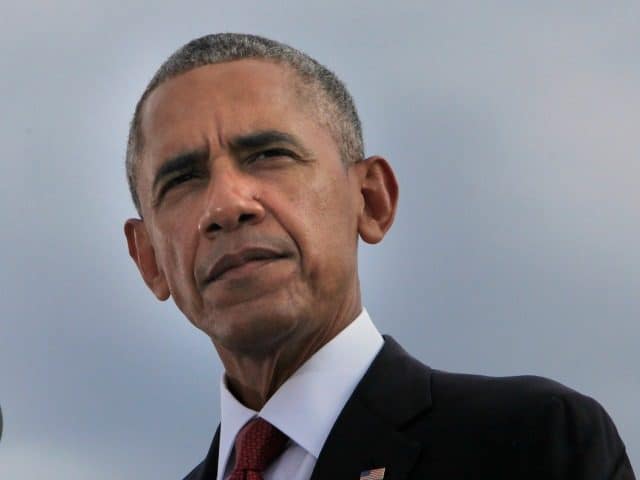 ATT has been an on again off again project of the Obama administration during both terms of his presidency, particularly his first term.

[Editor’s Note:  In 2013, Gun Owners of America stated that, “Given Obama’s record of expansively interpreting statutes — and even ignoring them — we have to assume that the U.N. Arms Trade Treaty would be implemented in the broadest possible manner….  With this in mind, briefly, the ATT would: Ban large categories of firearms, including semi-automatics and handguns; Require universal gun registration and licensure; and, Require microstamping and, through that requirement, effectively ban most guns and ammunition.”]

To require recording keeping on end users is nothing other than requiring registration of end users. In fact, Breitbart News warned that firearm registration must proceed from the ATT if it is to be enforceable. This is a logical but freedom-crushing consequence when part of the treaty’s focus is stopping the movement of “small arms [and] light weapons” across borders. How are agents tasked with enforcing this treaty going to ascertain the origin of smuggled weapons without a comprehensive registration on file?

Yet even with all the evidence and warnings that an international registry would certainly follow any U.S. agreement to comport with the treaty, and even though Republicans in the Senate had already made clear the treaty would not be ratified, Secretary of State John Kerry signed it on September 25, 2013. The goal appeared to be put everything in place so a future, Democrat-dominated Senate could revisit the ATT, ratify it, and get the U.S. on the road to international gun control.

And on September 11, The Daily Signal reported that Obama is still committed to ratification of the treaty before he leaves office, if he can find a way to secure it.

It is interesting to note that some countries that ratified treaty have already taken the occasion of international gatherings to bash gun laws in the U.S. On August 23, Breitbart News reported that Mexican Foreign Minister Claudia Ruiz Massieu used part of her time at the Second Conference of State Parties of the Arms Trade Treaty to blame Mexico’s gun violence on the U.S. and to criticize the U.S. for not having an “assault weapons” ban.

According to Insight Crime, Ruiz believes that “supermarkets” in the U.S. are “stocking guns.” She said it is “as easy to get guns as it is to get a liter of milk or a box of cereal.”