If Guns Are ‘Designed for Killing,’ So Are These

If Guns Are ‘Designed for Killing,’ So Are These 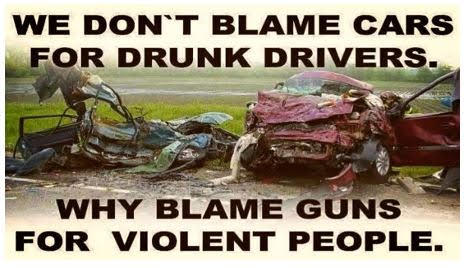 In a discussion about gun control and gun rights, the one thing anti-gunners hate the most is the car analogy. Oh man, they hate it. They hate the car analogy the same way vampires hate bright lights, because it exposes them. They’ll try to shut down the conversation faster than Chase’s oversensitive fraud alerts shut down my debit card after making a purchase at Best Buy and then Bed Bath & Beyond.

Now, stay in a conversation long enough, and the anti-gunners will likely hit you with, “But guns were designed to kill.” Well cars weren’t designed to kill people, but they kill more people than guns do. And I don’t hear anyone advocating for an assault car ban. Cars are a vital part of our lives and if you live in California or Houston, it is your life.

But let’s face it: Cars are deadly. Period. Cars have killed scores and scores of people. A car took my cousin’s life when he was only in high school. Yet, I still get in my car every day with the understanding of what it was designed for and what it’s capable of. I approach the gun the same way….