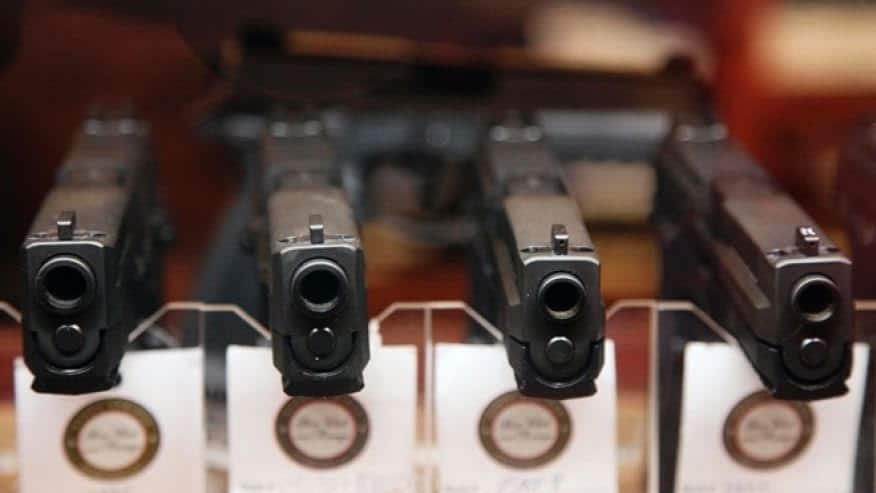 Democrats are angry about what they claim to be mass, systematic racism by the police.  But they overlook the discriminatory effects of background checks.  These regulations disproportionately prevent law-abiding black and Hispanic males from getting guns.

It is President Obama’s theme in each of his speeches after mass public shootings.  Hillary Clinton has regularly made the same claim during her presidential campaign.

In June, ABC’s Jon Karl asked [Connecticut Senator Chris] Murphy a simple question about his legislative proposal for background checks on private transfers of guns: “So why — why are we focusing on things that have nothing to do with the massacres we’re responding to?”  Murphy couldn’t point to a single mass public shooting that would have been stopped by his bill.  Indeed, I checked back to 2000 and also could not find a single such shooting.

But it is worse than that. In my new book, “The War on Guns,” I show that the European Union’s 28 member nations already have these background checks on private transfers.  Yet, they suffered a 50 percent higher casualty from mass public shootings than did the U.S.  From 2000 to 2015, the U.S. states with these background checks also experienced higher frequencies of mass public shootings.  They also had more injuries and deaths from these attacks.

Instead of additional background checks and creating problems for more law-abiding citizens, let’s acknowledge and fix the broken system that we already have. Virtually everyone who fails a background check is someone who is legally eligible to buy a gun.  Law-abiding minorities, particularly blacks, are the ones most likely to be stopped from buying guns.

Hillary Clinton claims that background checks have stopped 2.4 million dangerous or prohibited people from buying a gun.  But what she ought to say is that there were 2.4 million “initial denials.”

These initial denials are akin to being stopped from flying because your name is similar that of someone on the No Fly list. This happened five times to the late Sen. Ted Kennedy.  By Hillary Clinton’s method of counting, five terrorists were stopped from flying.

About 96 percent of “initial denials” are dropped after the first two stages of review.  Many more are dropped during the three remaining stages.

Bill Clinton, George W. Bush, and President Obama have all been criticized for not prosecuting prohibited purchasers. In 2010 (the year of the last full, annual report on the Brady Act), 76,152 denials resulted in only forty-nine federal prosecutions. State prosecutions were also few in number.

But there wasn’t really any failure to prosecute. The vast majority of these denials were not real cases. Sharing a name and birthdate with a felon isn’t the same thing as actually being a felon.

Certain racial groups will encounter this problem more often than others. With some 40 percent of Vietnamese people bearing the name Nguyen, the problem of duplicate names is very likely to exist among people with this national heritage.  Hispanics are more likely to share names with other Hispanics, and the same is true of blacks. Also, because 30% of black males are forbidden from buying guns because of their criminal records, law-abiding black males are especially likely to have their names confused with those of prohibited people.

For many of these 2.4 million people, a mistaken denial might be a mere inconvenience. But some people really do have an urgent need to protect themselves from stalkers or enemies.

The Obama administration hasn’t done anything to fix this system. Indeed, it has pulled everyone off of checking for mistakes.  It is difficult to appeal denials without the help of a lawyer, and few poor minorities can afford to pay thousands of dollars in legal fees.

Gun buyers and sellers are stuck with all of the fees for universal background checks. In New York City and D.C., these fees are at least $125.  In Washington state and Oregon, the costs of transferring a gun are about $60 and $55, respectively….

It’s almost as if some Democrats want to use these fees to disarm poor minorities — the very people who are the most likely victims of violent crime.  In 2013, Republican legislators in Colorado proposed to exempt people below the poverty line from paying the new state tax on background checks.  In the Colorado House of Representatives, all but two Democrats voted against the amendment.

Democrats not only keep pushing a dangerously flawed background check system, they have also consistently opposed fixes that would make the system less discriminatory against minorities.  They ignore academic studies which show the ineffectiveness of background checks on private transfers.

These rules are clearly designed to reduce gun ownership. This time, bleeding-heart liberal Democrats don’t seem to care if the poor are disproportionately affected.