Good news and bad news in the Buckeye State

Good news and bad news in the Buckeye State. 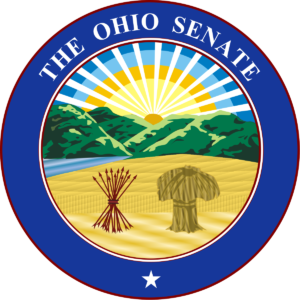 On one hand, the pro-gun legislature has passed legislation that would allow you to defend yourself and your family outside your home without a duty to retreat.

The bad news is that anti-gun RINO Governor Mike DeWine is threatening to veto it.

A little background:  A little over a decade ago, Ohio enacted legislation embodying the “castle doctrine.”  This established that you could defend yourself and your family using deadly force without any duty to retreat — but only in your home or vehicle.

So, a little over a year ago, a shooter in Dayton began opening fire in a neighborhood of bars and nightlife.  Ultimately, he killed 9 people and wounded 17.

Although Ohio law allowed permit holders to walk up and down the street all night carrying a firearm, as soon as they entered a bar, they were in a “safety-free zone.”  In addition, if someone with a gun was walking on the street, he would have to consider that he might have a duty to retreat before drawing his gun. Therefore, the shooter was able to inflict carnage, at least for a while, without fear that any civilian would fire back.

There’s an old joke which asks what you call 10,000 lawyers drowning at the bottom of the ocean.

Well, Ohio took a good first step to dealing with the Dayton killer by passing S.B. 383, which held that anyone on the street who did have a gun could fire at the shooter without first retreating.  Thus, it extended the “castle doctrine” to the streets.

Governor DeWine’s response to Dayton was very different:  He proposed legislation which would allow police to raid your home in the middle of the night to confiscate your guns and, if you resisted, to kill you — based on a fraudulent affidavit.  This is the so-called “red flag” gun confiscation bill.

And DeWine is threatening to veto the self-defense bill unless the legislature passed the gun confiscation bill.

Obviously, this is unacceptable.  If the governor vetoes, we will move to override.  But, first, we are asking you to write Gov. DeWine (above) and demand that he sign S.B. 383.