There has been a lot of interest in the Obergefell case — decided by the Supreme Court on June 26, 2015 — and its impact upon concealed carry reciprocity. Some have even suggested that the Court’s recent decision “mandates” reciprocity. 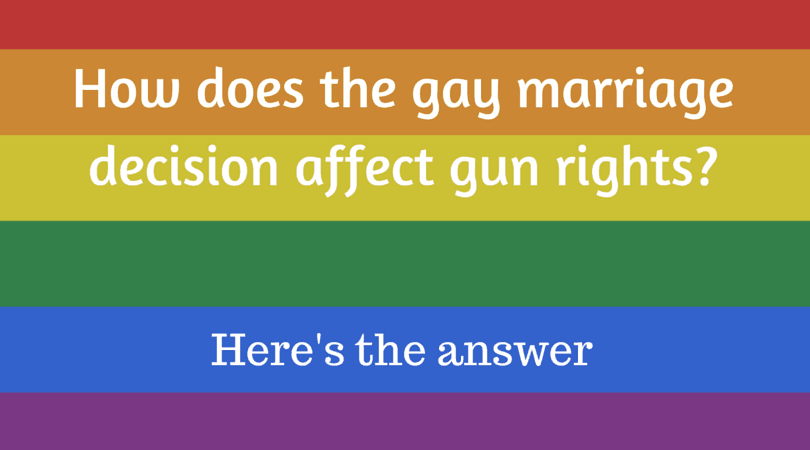 For starters, let’s get this out front:  The Second Amendment protects the right of people to carry — openly or concealed.  And while many states have denied that right over the years, despite the Constitution’s clear text, good carry laws have spared millions of law-abiding gun owners from being imprisoned.  These are people who can now carry without the need to defend their innocence from behind bars.

But now, some are looking to the recent Obergefell case to say that the Court has “mandated” concealed carry reciprocity. Did the Court do that?

The short answer is no, Obergefell does not mean that states are now required to recognize concealed carry permits from other states.  Obergefell does have language on pages 27-28 of the decision talking about the “disruption,” “instability,” and “uncertainty” that comes when states refuse to recognize marriages from other states.  Also, there is language stating that a “fundamental right” cannot be denied by states without “due process of law.” (p. 10)

This would certainly be language that gun owners might be able to use in future cases to provide an analogy to concealed carry permits.

But recent court decisions have thrown into question whether the lawless, politicized Obama-packed courts would even hold that gun control laws like New York’s would violate a “fundamental right.”

So gun owners must be very cautious. There is legislation in the Congress which would enact concealed carry reciprocity (H.R. 923 and S. 498).  Gun Owners of America supports both of these bills.

But until Congress acts — or until a case dealing with reciprocity is favorably decided at the Supreme Court — gun owners should not assume that this court case “mandates” concealed carry reciprocity, because that it did not do.

Gun owners can click here to take action and encourage their congressmen to cosponsor H.R. 923 and S. 498 — legislation that will enable gun owners, who can carry in their home states, to also carry around the country.