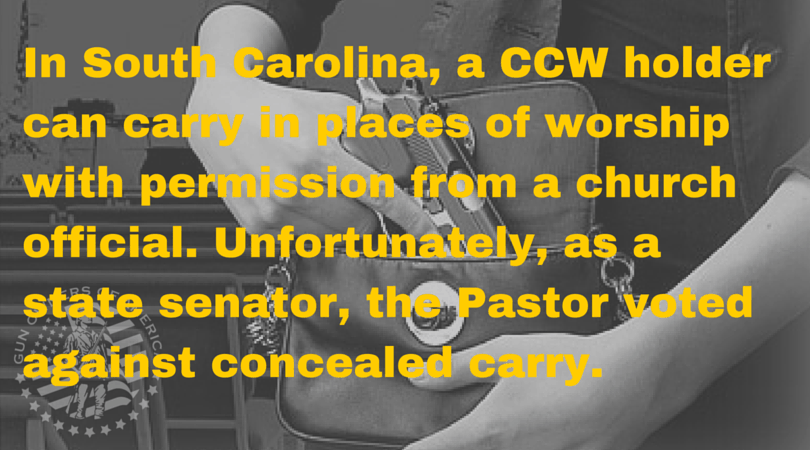 “Now’s the time for mourning and for healing, but let’s be clear — at some point we as a country will have to reckon with the fact that this type of mass violence does not happen in other advanced countries,” Obama said.

Really?  Has the President forgotten just some of the foreign massacres that have taken place during his presidency — shootings that claimed far more lives than the nine which were tragically lost in South Carolina?  How about:

In each of these cases, the armed perpetrators ignored strict gun control laws in acquiring and carrying their weapons.

One of the biggest problems at South Carolina church is that the potential victims were disarmed by law.

In the Palmetto State, a concealed carry permit holder can carry in places of worship with permission from a church official.  Unfortunately, the pastor was an anti-gun activist.  As a state senator, the Pastor had voted against concealed carry.

But the President completely misses all of this.  He ignores the fact that this was yet another example where a massacre took place in a Gun Free Zone.

“We don’t have all the facts, but we do know that, once again, innocent people were killed in part because someone who wanted to inflict harm had no trouble getting their hands on a gun,” Obama said.

To the contrary, armed civilians have actually prevented several mass shootings from occurring — and some of them in churches.  Consider:

No wonder that almost 90% of police in America believe that the way to reduce casualties in mass shootings is to allow citizens to carry firearms concealed.

The President wants to blame an inanimate object — the gun.  But that just deflects blame away from the real culprit:  gun control policies that leave people defenseless in the face of evil perpetrators who are never effectively prevented from acquiring weapons.

Erich Pratt is the Director of Communications for Gun Owners of America, a grassroots lobby representing more than one million gun owners.