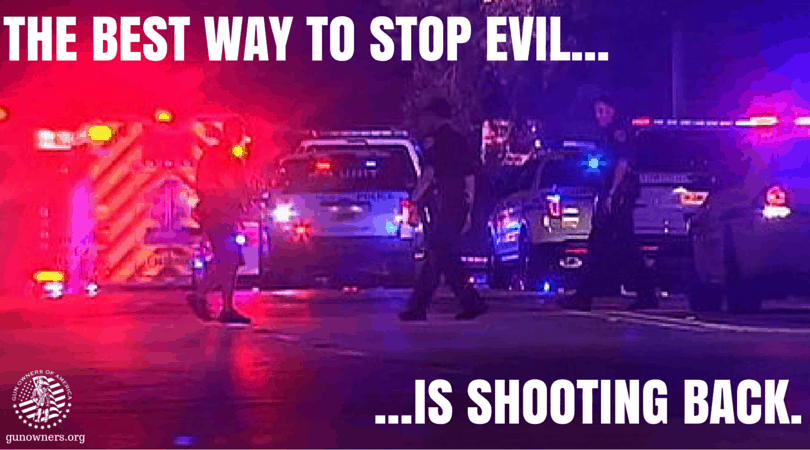 Ill intent causes deaths like the ones in Orlando, and gun control won’t solve that.

Sadly, President Obama and Hillary Clinton are now blaming guns instead of focusing exclusively on the real culprit — the terrorist who killed 49 people.

The fact is, no amount of gun control would have been able to prevent this hatred-filled, Islamic-State sympathizer from finding instruments to funnel his vitriol.

Remember how Julio Gonzalez — using matches and gasoline — killed 87 innocent victims in a Bronx bar in 1990?

It’s a sad reminder that the instruments used in crime, whether matches or AR-15s, are not to blame.

No, people with evil intentions are to blame.

And it’s not, as anti-gun liberals claim, the supposed “easy access” to firearms that is responsible for mass murder.

Kenya also has greater restrictions on firearms, but saw 147 students gunned down at a university last year.

Consider that Florida gun owners are not allowed to carry firearms in any part of an establishment that serves alcohol, so gun-free zones failed.

Banning weapons that have been used effectively in self-defense when law and order breaks down — such as during the Los Angeles riots and post-Hurricane Katrina New Orleans — will not make anyone safer.

What does work is allowing the potential victims — that is, the real first responders — to defend themselves with firearms.

One year ago this month, a disgruntled man was hoping to inflict severe carnage in a bar in Youngstown, Ohio.

Thankfully, there was a bar employee with a concealed carry permit who shot the gunman, killing him.

That’s how you stop mass shooters dead in their tracks.

Erich Pratt is the executive director of Gun Owners of America, an organization representing more than 1.5 million gun owners.