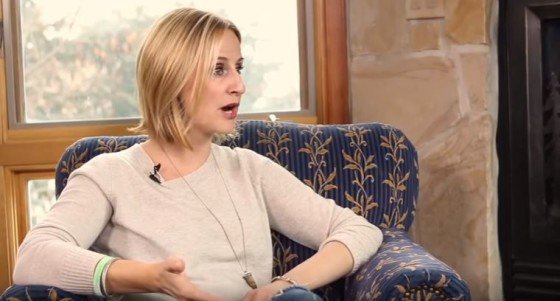 “This is typical media arrogance.  They demand that honest gun owners obey laws that they have no interest in following themselves.  Like former NBC anchor David Gregory, who possessed an illegal magazine during a broadcast in the nation’s capital in 2012, anti-gun journalists think they’re above the law, even while callously demanding harsh penalties for gun owners who commit technical, non-violent infractions.” Erich Pratt said

We noted yesterday that Ammoland discovered an interview where Under the Gun director Stephanie Soechtig admitted sending a male producer who was a Colorado resident down to Arizona to privately purchase a rifle and three handguns.As Ammoland noted, this interview became a confession that the Under the Gun filmmakers committed numerous felony crimes.

In February, The Lip TV  interviewed the film’s director, Stephanie Soechtig, prior to the film’s release. During this interview, Ms. Soechtig openly discussed how she sent a producer of the film, who resides in Colorado, to Arizona to purchase firearms (including three pistols) privately. [original video marker 1.27]

According to Ms. Soechtig, the producer met a private seller in a parking lot of a local Wendy’s, and in less than four hours and without a background check, obtained a Bushmaster rifle and three handguns.

It is unknown what happened to these firearms and whether or not they returned with the producer to Colorado. Presumably, this crime was committed in order to highlight what the film’s proponents believe to be current inadequacies federal firearm laws, and to educate viewers on the process for obtaining a firearm. As Ms. Soechtig stated, all of the film’s content was “news to me.” Apparently, existing federal law prohibiting private interstate firearms transfers is also something that will also come as “news” to Ms. Soechtig and her staff.

So who is this male producer Soechtig sent to break federal gun laws?IMDB notes that there are just two male producers on the film. One of those, Michael Walrath, is apparently based in New York City. The other is Joshua A. Kunau. Where does Mr. Kunau happen, to live? According to his Twitter profile, he lives in Denver, Colorado.It seems probable that if Stephanie Soechtig is telling the truth about sending a male producer based in Colorado to Arizona to buy firearms, then Kunau is the producer listed for the film who most clearly meets that description.

Interestingly enough, Mr. Kunau, who had been promoting Under the Gun heavily on his Twitter account, has been mute on Twitter since shortly before Philip Van Cleave of the Virginia Citizen’s Defense League posted his original story to Ammoland, which implicated director Stephanie Soechtig and executive producer/narrator Katie Couric of releasing a fraudulent film.

I tried to have a conversation with Mr. Kunau via Twitter this morning, but he hasn’t responded.

There’s more in my Twitter feed, but I think you get the gist of this one-sided conversation. If Stephanie Soechtig is telling the truth, and if Mr. Kunau is the producer who went across state lines to purchase firearms, then he was part of a criminal conspiracy which violated numerous federal gun laws.

The National Shooting Sports Foundation, which is the firearms industry trade group, has called for the Bureau of Alcohol, Tobacco, Firearms, and Explosives (ATF) to conduct a criminal investigation into Soechtig’s admission of federal gun crimes.

Journalists and filmmakers investigating what they see as shortcomings in laws are not absolved of their responsibility both to gain the requisite understanding of how those laws work and to abide by them.

For that reason, based on statements made in a videotaped interview

We have to point out that it would appear that a producer of the Katie Couric documentary “Under the Gun” committed at least four federal felonies, one for each firearm he appears to have illegally purchased since the individual was not a resident of Arizona where he purchased the firearms.

He may have also violated state criminal statutes. And, If Ms. Soechtig, the film’s director, sent him to Arizona to make these firearms purchases, as the tape appears to suggest, she may be guilty of engaging in a conspiracy to violate federal firearms laws and/or aiding and abetting the commission of these crimes her producer engaged in.

We also have to ask what, if any, involvement did Ms. Couric as executive producer have in these purchases?

The NSSF calls upon the Bureau of Alcohol, Tobacco, Firearms and Explosives (ATF) to open a criminal investigation into this important matter.

Erich Pratt, executive director of Gun Owners of America, said the following in an email to Bearing Arms.

This is typical media arrogance.  They demand that honest gun owners obey laws that they have no interest in following themselves.  Like former NBC anchor David Gregory, who possessed an illegal magazine during a broadcast in the nation’s capital in 2012, anti-gun journalists think they’re above the law, even while callously demanding harsh penalties for gun owners who commit technical, non-violent infractions.

Gregory, of course, violated a minor Washington D.C. law. Soechtig’s interview is a confession of multiple federal felonies, which cannot be so easily be ignored.