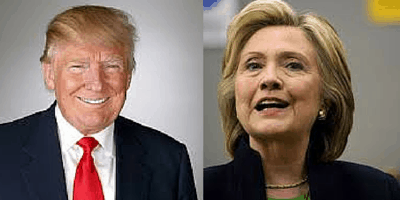 The 2016 election season is the wildest in recent memory, and there’s still a long way to go until November.

After the Indiana primary in May, real estate mogul Donald Trump became the Republican presumptive nominee, wresting control from an establishment class that for years has ignored the pleas of rank-and-file voters to rein in the federal government.

Not that Mr. Trump has outlined, with any specificity, exactly how he intends to bind the government with the chains of the Constitution. It’s more a case that he capitalized on voters’ frustration that any politician with an “R” or a “D” after their name could not–or would not–get the job done.

So now the Republican standard-bearer is someone who, like 2012 nominee Mitt Romney, supported a so-called assault weapons ban in the past, but who for the past year has hit many of the right notes on the gun issue.

Trump has spoken out strongly, for instance, against gun free zones.

During a debate in October, Trump said that, “gun free zones are target practice for the sickos and for the mentally ill. They look for gun free zones…. I think gun-free zones are a catastrophe. They’re a feeding frenzy for sick people.”

Trump, who holds a carry permit in New York City, has become a more vocal proponent of concealed carry, telling CNN that, “the right of self-defense doesn’t stop at the end of your driveway.”

Following the shooting at Umpqua Community College in Roseburg, Oregon, Trump addressed attendees at one of his rallies.“Let me tell you, if you had a couple teachers with guns in that room, you would have been a hell of a lot better off.”

Trump did draw the ire of gun rights supporters when he came out in support of a gun ban for people on the government’s secret watch list.

In an interview with ABC’s George Stephanopoulos (a liberal political activist pretending to be a news reporter), Trump said that, “If somebody is on a watch list and an enemy of state and we know it’s an enemy of state. I would keep them away, absolutely.”

On the other side of the presidential election coin is Hillary Clinton, who supports a ban on semi-autos and a whole bunch more.

With Hillary, there is no such thing as “enough” gun control.

“Australia’s a good example” for gun control in the U.S., she told a New Hampshire audience, referring to that country’s gun confiscation policies.

Voters in the U.S. will decide on their choice for president based on a wide range of issues, but when it comes to gun rights, the gap between Trump and Clinton could hardly be wider.

The unfortunate death of Justice Antonin Scalia, a strong voice for interpreting the Constitution according to its original meaning, leaves a colossal hole on the Court that Obama would love to fill before leaving office.

For this reason, GOA has pushed the Senate not to move on with any nomination put forward by Obama.

There are already two Obama nominees on the Court, both of whom lied about their views on the Second Amendment. Giving Obama a third pick would be devastating, as would the election of Hillary Clinton.

Whatever gains were made in the Heller and McDonald decisions will be wiped out.

For all practical purposes, the view that the Second Amendment protects a collective states’ right, as opposed to an individual one, will become the prevailing legal theory should Obama or Clinton pick the next Justice.

In addition to Justice Scalia’s replacement, there is the potential for other vacancies on the horizon. Two Justices will be in their eighties by the time of the election, and one will turn eighty in the middle of the next presidential term.

So the next president will name at least one (assuming Republicans hold firm and do not allow Obama to push through a last-minute pick) and potentially as many as four nominees to the Court.

Donald Trump backed off his 2015 assertion that his liberal sister, a Third Circuit Court of Appeals judge, would make a “phenomenal” addition to the Court.

More recently, Trump has signaled that he would nominate justices more in the mode of Clarence Thomas, who, like Scalia, is an originalist and supports the individual rights view.

As for Clinton, there is no doubt which direction she will take the court.

Any Supreme Court nominee must be confirmed by the Senate, where currently Republicans hold a 54-46 advantage. The 2016 U.S. Senate elections, therefore, are now a referendum on the Supreme Court.

To capture the 4-5 seats needed to gain a majority in the Senate, a lot has to break the Democrat’s way.  But the electoral map is in their favor, as Republicans have to defend twenty four Senate seats this November, Democrats only ten.

Of the seven most competitive seats, six are currently held by Republicans: Florida, Illinois, New Hampshire, Ohio, Pennsylvania and Wisconsin.

The most competitive Democrat-held seat is Nevada, where Minority Leader Harry Reid is retiring.

In Florida’s seat, which became open when Marco Rubio mounted his presidential run, GOA is backing Rep. Ron DeSantis in a grueling primary on August 30.

On the Democrat side, bombastic liberal Rep. Alan Grayson is in a close race with equally anti-gun Rep. Patrick Murphy.

The Illinois Senate seat is currently held by the most anti-gun Republican in all of Congress, Sen. Mark Kirk, who will face Rep. Tammy Duckworth (also “F” rated by GOA) in November.

In New Hampshire, Sen. Kelly Ayotte (C rated by GOA) is being challenged in a September primary. The eventual winner will face off in the general election against Gov. Maggie Hassan, who has turned vetoing constitutional carry into a yearly ritual.

In the battleground state of Ohio, Republican Senator Rob Portman (B rated by GOA) faces former governor and U.S. Representative Ted Strickland. Strickland used to boast of a pro-gun record but now favors outlawing private firearms transactions — and would vote for a Supreme Court nominee who would repeal the Second Amendment.

Pennsylvania’s Pat Toomey has caused deep rifts between himself and his former supporters in the pro-gun community by teaming up with Sen. Joe Manchin (D-WV) on legislation to regulate gun sales between private individuals.

And Wisconsin’s Ron Johnson (B rated by GOA) is in a tight rematch with former Sen. Russ Feingold, who lost to Johnson in 2010.

Democrats need to run the table to gain control of the upper chamber, but crazier things have happened in the political world this year.

In addition to the presidential and senatorial elections, all 435 seats in the U.S. House of Representatives, twelve governorships and scores of down-ticket offices are also up for grabs this November.

GOA is actively involved in dozens of races around the country. To get up-to-date information about elections in your state, be sure to sign up for GOA email alerts at www.gunowners.org/alerts.

John Velleco is the Director of Operations for Gun Owners of America, a grassroots lobby representing more than 1.5 million gun owners across the country.